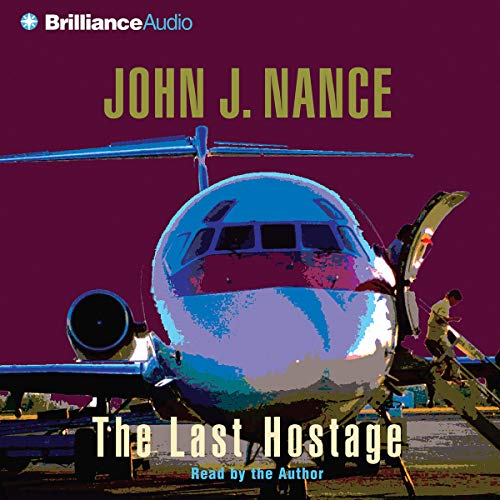 High above the Rocky Mountains, a routine airline flight becomes a midair standoff as 130 passengers listen to their captain relate the unprecedented demands of an unseen hijacker. Federal and state officials must hunt down, arrest, and indict the murderer of a young girl, and do it all in eight hours - or the airplane will be blown out of the sky.

With the airline in confusion, the media pursuing, and the hijacker forcing the aircraft into wild maneuvers as they head toward Salt Lake City, the FBI reluctantly fields its closest hostage negotiator, a rookie female agent and psychologist named Katherine Bronsky.

What listeners say about The Last Hostage

I thoroughly enjoyed this audiobook which was exciting and complicated enough to be interesting but not too convoluted to follow on audio. The author's narration was fine and kept the excitement going. There was enough aviation detail to explain the action without being boring and I liked the main characters. I'll certainly be looking for more of John J Nance's books. The only version of The Last Hostage on Audible seems to be this abridged version but I'm not sure how it would be improved by being longer. I can only assume it was skilfully abridged as I didn't notice any obvious gaps.

First time for this author!

Refreshing story. Usually the F.B.I. are portrayed as never making a mistake. Since these are just stories and not real life it is nice to see that all people are somewhat fallible.