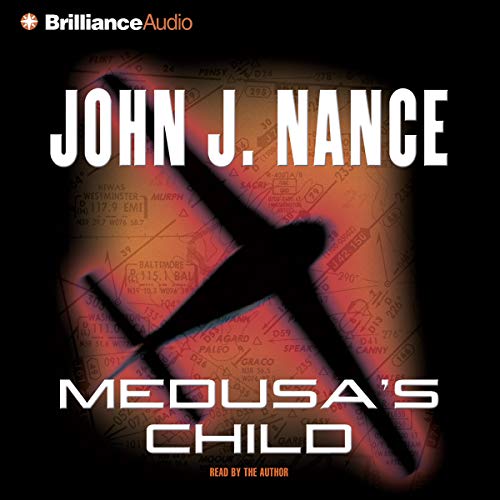 For 30-year-old captain Scott McKay, the transport run from Miami to Denver will give him the money he desperately needs to keep his fledgling air cargo company flying. When a mysterious crate is discovered on his plane, however, McKay is ordered to abandon his present course and fly the crate and its owner, Vivian Henry, to Washington, D.C., before going to Denver.

McKay takes the forced detour in stride - until a strange noise comes from deep inside the crate. It is the voice of Vivian's husband, Dr. Rogers Henry, warning that the shipment they are carrying is actually a fully armed Medusa device, a thermonuclear bomb that can destroy every computer chip over an entire continent, and blast the Silicon Age back to the Stone Age. And it is set to go off within hours.

As panic spreads from the small community of nuclear scientists who used to work for Dr. Rogers Henry to the White House and eventually to the general public, a group of rogue military officers conspires to disobey the President's orders and secure the technology of the Medusa device, whatever the cost.

Will Captain McKay and his crew trust their own instincts to dispose of the bomb, or will they let a misguided government dictate their actions?

What listeners say about Medusa's Child

I remembered Mr. Nance from his consulting with the TV documentary Air Disasters which was aired by Smithsonian in the US. I had no idea when I started that this was the same John Nance, but I instantly recognized his voice.

The story itself was particularly relevant. EMP is a nuclear threat most people know very little about, even if they have heard of it. From my understanding, the descriptions of it's effects in this book were very accurate, the only concern that I have here being that a Faraday Cage needn't be "thick walls of metal" or however he described it.

This was a very well written work. I found myself easily imagining the things Mr. Nance described. The language flowed very well and I didn't feel very often that words were overused... except "proffered" near the beginning. Character building was excellent. The calling out of the timelines was a really good way to give the reader a sense of the intended passage of time. I really appreciated how the story was developed in parts and how the convergence of all of these different characters with their various motives and intentions was portrayed.

Bottom line: I would recommend this book. It kept me interested the whole way, and Mr. Nance, himself, reading it gave it a depth that might have been lost with someone else.