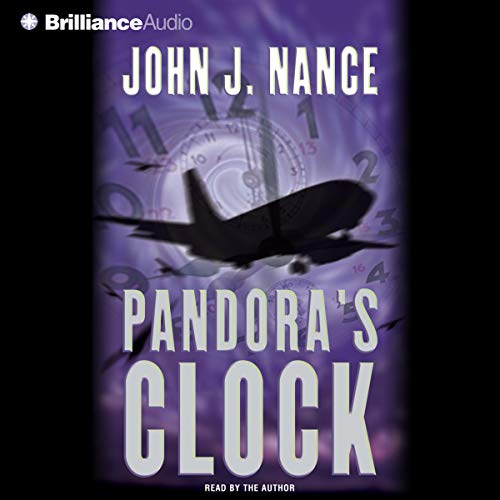 Captain James Holland is the pilot on a routine flight from Frankfurt to New York, packed with people eager to be home for Christmas. When a passenger collapses from what appears to be a heart attack, Holland is forced to request an emergency landing at London's Heathrow Airport. But to his great surprise, the air traffic controllers will not let him land in England - they tell Holland that his sick passenger has contracted a dangerous new form of influenza and that the plane must return to Germany.

But when German officials also refuse the landing, and other European countries follow suit, Holland begins to suspect that he's in much more trouble than anyone's letting on. In fact, his sick passenger is carrying a deadly virus accidentally released from a Bavarian laboratory, and it is feared that everyone on board is now infected. At the same time, someone with access to the CIA's computers wants to shoot the plane out of the sky, and there is a United States ambassador on board with powerful terrorist enemies who want to see him dead.

While the panic on the ground spreads from the White House Situation Room to a small airport in the Ukrainian Republic, Captain Holland has only one concern: Where and when can he land?

What listeners say about Pandora's Clock

A Thrill Ride that Starts with the First Sentence!

STORY (suspense) - This is my second book by this author, and I just finished putting several more in my wish list. It's a great thriller about a passenger plane carrying a disease potentially capable of killing millions. No country wants the plane to land on their soil, and there are those who wish to see it shot down. Then there is Captain Holland, who is determined to save his crew and his passengers. This book is about 5 1/2 hours long and I enjoyed every minute, especially the awesome ending!

PERFORMANCE - The author reads his own work and does a good job. He doesn't differentiate between characters and he reads the letter S kind of "mushy," but it doesn't detract from the great story!

OVERALL - No sex, no violence, and I don't recall any foul language. I'd highly recommend this book for guys and gals, probably late teens and older.

I read this book years ago, and I enjoyed it. I downloaded it here to listen to the story again while driving, and I'm currently finishing up chapter 4. It's definitely fast-paced and interesting, just as I remembered. However, Nance should hire a reader for his books, as he's extremely difficult to follow. First, he reads too quickly and with very little emotion; he sounds like he's reading hard-boiled detective stories. He also doesn't differentiate between characters in dialogue, so that it becomes hard to figure out who's talking, especially because he blows through dialogue like a tornado. Finally, his sibilants are so pronounced that they distract the listener and detract from the whole experience. I recommend listening to the sample to see if you can deal with these issues before purchasing. I do recommend the book, though, even though I may decide to revert to finishing it via the text rather than the audio book.

Pandora's clock, though it doesn't come out of the gate at a sprint, eventually feels like a Crichton novel, providing a few hours of fairly gripping action and drama. I will definitely recommend this to fans of Omega Strain, Air Force One, or executive Decision.

What made the experience of listening to Pandora's Clock the most enjoyable?

Story was good and it was nice to have the author narrate.

What about John J. Nance’s performance did you like?

The author knows the feel required better than any actor could.

I really wish it had been unabridged.