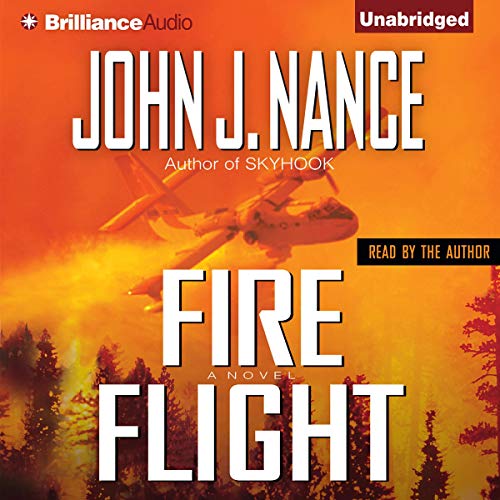 A pair of ferocious forest fires rages out of control, threatening to destroy two American national parks and incinerate thousands of homes and park buildings. As the desperate battle to squelch the global warming-induced fires before they "blow up" reaches a fever-pitch, a mysterious string of violent airborne accidents among the air tanker fleet produces a mounting body count. The air tankers - the old aircraft used by pilots to bomb the fires with fire retardant slurry - have been literally falling apart in midair. Clearly not designed for such punishing high-stakes flying, the flying museum pieces should have been grounded years ago.

Veteran pilot Clark Maxwell thought his fire bombing days were well behind him. But when Jerry Stein, Maxwell's friend and air tanker fleet-owner, calls at the height of the fire season to beg him to reenter the war, he doesn't hesitate. As the wildfires spread, whipped by massive winds and the federal forces arrayed against the fires reach their limits, hysteria and potential evacuation threatens the local population. In the middle of this crisis, Clark Maxwell becomes convinced that a sinister cover-up is behind the rash of horrific air disasters. As he races to unravel a very real mystery and prevent a natural disaster of massive proportions, Maxwell's probe reaches the upper levels of government agencies charged with mounting the aerial fire fighting effort - a move that for wholly unexpected reasons just may cost him his life.

Well researched with a real hook

I nearly returned this book after about 20 minutes, because I found the narrator's voice distracting. I'm very glad I stuck with it, as the story quickly grabbed my attention and I was hooked. The subject itself is fascinating - the dangerous pastime of fighting wildfires with planes. The author clearly did his research and it shows. Mixed in to the technical research is a compelling whodunit. I was riveted to the very end!

I have listened to this book at least 3 times over the years and enjoyed it just as much each time. My wife made fun of how the author characterized the females in the story but I enjoyed it nonetheless. I love how Nance introduces aviation information without getting too technical to lose a good story in the weeds. Highly recommend!

I am not a pilot, but have flown in plenty of small planes, Cessnas, Cherokee, Piper with Dad and Grandpa over the years. This novel by John J. Nance was something that someone that flies, I believe, would really enjoy. John J. Nance has become one of my go-to authors for something that is going to be an enjoyable, kind of suspenseful, learn something new, well developed, guaranteed not to be a waste of time, author.