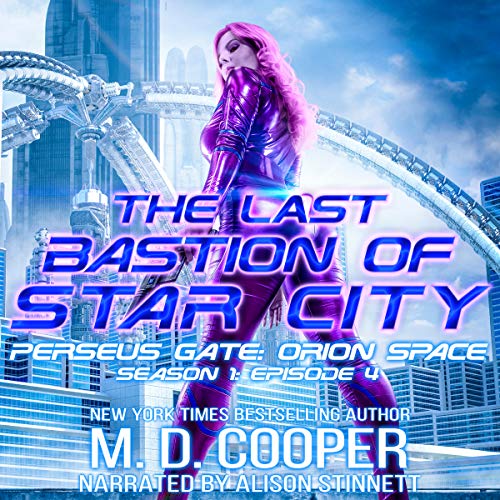 The Last Bastion of Star City

The Last Bastion of Star City

Jessica had never imagined that there was such a place as Star City, let alone that a Bastion protected it.

With Serenity behind them, the crew of Sabrina now faces a vast nebula, rife with dark matter, stretching along the inner edge of the Perseus Arm. Going around will take years, but there is rumor of a path through. A path known only to those who live at Star City.

But Star City is interdicted, its outer reaches patrolled by Orion ships. Though Misha knows of a hidden FTL route that can get a ship close enough to the city, using it assumes the city’s inhabitants are friendly.

Jessica and Trevor risk the pathway, travelling to Star City where they find something far more amazing than they ever expected - only to learn they must make a sacrifice unlike any they had ever dreamed.

great story and narration, as I've come to direct from M. D. Cooper and the voice actors for his books, however, for the price, is really short. This would be better if it was packed into a combo bundle.