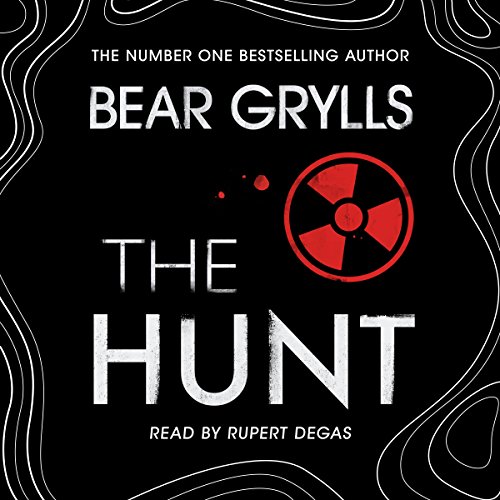 By: Bear Grylls
Narrated by: Rupert Degas
Try for £0.00

The hunt is on for Jaeger.

Ruth - his wife - has been kidnapped, and after a secret Nazi cache of uranium goes missing, it seems the enemy is on the move once more. That much uranium in enemy hands could devastate the world.

It's up to Jaeger and his team to stop them before their worst fears are realised. But they are always one step ahead, pushing Jaeger to the limit of his endurance. The danger is real, and the people who hold Ruth have a score to settle.

It's a race against time. And the clock is ticking....

What listeners say about The Hunt

loved listening to these books. Rupert degas brilliant as always . hope more are on there way.

What can I say about this book, other than I am dissapointed.
I have looked forward to this book since finishing Burning Angels, but oh how I wish it was better.
The story feels like it has been rushed to meet it's release date. The story is very predictable and rather flat. Yes, there's a couple of twists but nothing that grips you and keeps you wanting to listen.
I could quite happily pretend this book didn't happen and finish the story with burning angels.
For me, I hope this is the final instalment.
Rupert Degas again knocks his performance out of the park. This man needs a raise for his effort in trying to make this book more exciting than it is.

So much worse than the first two that it compelled me to write a review. Probably the worst book I have in my extensive library. And I have twilight. Dude who read it did a commendable job keeping a straight face.

Not a bad yarn

This was better than I thought it would be, if you liked the other two books or you like a bit of bond, then this is for you. I agree with those who say it feels like it has been heavily edited, but still worth a listen!

I have read and listened to these books multiple times and still find them as gripping as the first time around.

Extremely good last book of the series. Full of tension and suspense. Well worth a listen! ensure first two books have been listened too firet.

Couldn't switch it off, hopefully there's another one in the pipeline. Fingers crossed that its coming soon.

Brilliant end to a fabulous trilogy

loved this and the preceding 2 books.
a great ending with plenty of twists, turns and unexpected nuances.
hopefully Will Jaeger will return!

great end to the series

Bit slow to start but then gets going. Just a pity there are no others. Rupert Degas as always cracking

The Trilogy Comes to A Bloody End

What an amazing rollercoaster of a story. great pacing and detail. Story is very well done. I got hooked and couldn't stop till I finished it. 100% recommend.

Speechless! Now I really hope that Bear has a 4th Will Jaeger book coming out! This series is an absolute masterpiece!