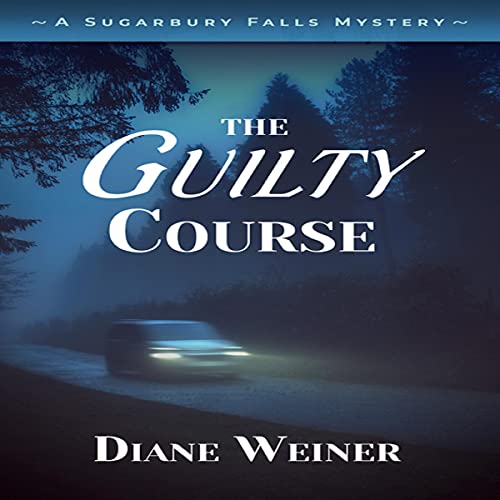 By: Diane Weiner
Narrated by: Naomi Rose-Mock
Try for £0.00

Emily Fox wonders how far her husband Henry will go to protect their adopted daughter from her felonious father. Henry storms into a rented bungalow ready to confront the man, but instead finds him shot dead on the bathroom floor! Emily protests the arrest, but when she learns Henry owned a gun and discovers it’s now missing, doubts begin to creep in.

Henry is convinced the murderer is one of the plaintiffs in a recent law suit against the victim, but when his daughter’s hair tie is found near the gun’s empty lock box and a witness places her at the murder scene, Henry confesses to the murder. It’s up to Emily, an inexperienced defense attorney, and an unconventional private investigator to prove Henry’s innocence before his guilty course ends in a life sentence.

What listeners say about The Guilty Course

You don't need to feel guilty to enjoy a good book

I really enjoyed this book. This book is seventh in the series and continues from where book six left off, with Henry rushing off after receiving a phone call. It isn't necessary to read or listen to book six to enjoy this mystery but I like too work my way through a series if I like one of books and I am definitely enjoying this series. It helps you to get to know all the characters, not just the main ones and this is a great set of characters from the neighbourhood computer expert, to the cat cafe owner, to even the elderly neighbour who is always out walking his dog, all who play a part in Sugarbury Falls. The story is nicely balanced out with little side stories that are to the character depth. The mystery itself kept me guessing and I loved the ending, can't wait to see what the author has in store for them next.
Emily Fox is shocked when her husband phones her to say he has just been arrested for murder. There adopted daughter's father who was released from jail early has been harassing her. So much so that when Henry gets a phone call from him asking does he know where Maddy is? Henry leaves a party to go and warn him to stay away from her. The problem is the police find him standing over his dead body. Emily knows her husband is protective but there is no way he is a killer. So why didn't he tell her he owned a gun? Then there is Maddy, what isn't she telling them? The only way to clear her family is to find the real killer but with so many suspects it will be hard to narrow it down. With her computer friend busy with her own worries and her friend the detective playing it by the rules Emily will have to rely on Henry's lawyer and private detective for any help she needs.
I liked the narrator. She sounded perfect for the residents of Sugarbury Falls, as each character got there own voice.
I was given this free review copy audiobook at my request and have voluntarily left this review.

I listened to an audio version of this book. The narrator did a wonderful job relating this story. I finished it in one day. I normally listen to audio books while I work out but I continued listened until I was done.

The roller coaster ride was worth the price of admission. I wasn’t sure who did it until just before the reveal.

Looking forward to the next installment.

This is the 7th book in Diane Weiner’s Sugarbury Falls series and the story of Emily, Henry and Maddy (et al.) continues. The books don’t have to be read in order because the stories have sufficient background. I loved this book. There are several story lines along with the main story and the twists and turns kept me guessing until the end. The narration by Naomi Rose-Mock is wonderful! The characters have their own voices and the her performance of the characters is great! I can’t wait to listen to / read another in the series.