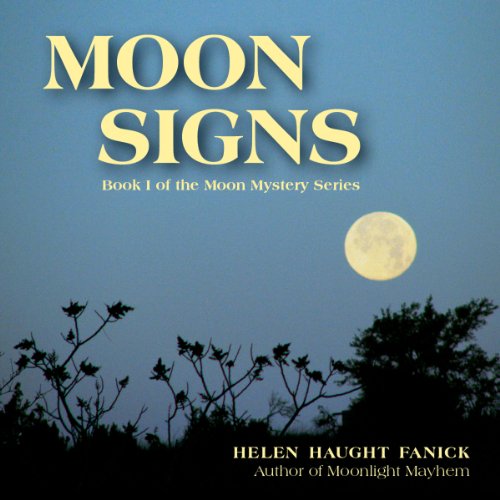 Retirement is a time for knitting, gardening, and an occasional quiet lunch with friends, according to Kathleen Williamson. Her sister Andrea has an altogether different point of view. When the sisters go to the Canaan Valley to search for paintings mentioned in a document found in an old hotel once owned by their grandparents - paintings that might be Monets - Andrea immediately becomes involved in tracking down a murderer. Kathleen would much rather be looking for the paintings, but she goes along with Andrea, since the victim was their hotel-keeper, murdered just down the hall from their room. The question is: Does the murder have something to do with the elusive paintings?

There are many clues and many suspects, including hotel staff, valley residents, and the mysterious foreigners who come from the Eastern Seaboard for skiing. There are also many types of danger-icy roads, sub-zero temperatures, and a killer who doesn't care how many people die in the attempt to make sure the right ones do.

What listeners say about Moon Signs

An enjoyable relaxing book. Well read. Good to listen to while having a cuppa or doing some baking.

If the older sister's voice hadn't been so wobbly (trying to portray her elderly status?), the performance would've been better . . . but that said, this was a good listen . . . I'm not so much into the signs of the moon, although farmers have sworn by it for centuries . . . what made this one a worthy listen for me was the historical aspects, the two sisters searching for the lost Monets . . . the setting in the mountains of West Virginia . . . and the cozy mystery . . . well done . . .

No one I know

I'm listening to A Victorian San Francisco Mystery now but I think I'll go back to something by Laura Lippman after this.

Would you be willing to try another one of Paula Faye Leinweber’s performances?

I chose this book because it was set in West Virginia, my home state. The performance was so bad that listening was painful. I have no idea what kind of accent Leinweber was attempting for the older sister or the niece; both failed miserably. I'm not even sure if the story was all that bad or if it just seemed bad because of the reading.

i enjiyed the stoey but the audio was frustrating. It sounds like the narrator keeps leaning away from the microphone. The sentences srart out strong but get very faint by the end and are hard to hear.

I tried but I just couldn't get into this book. I have started it multiple times and just can't part writing style part reading style.

What's up with her voice???

I couldn't enjoy the book with the narrater sounding like she was breathless for most of the characters. I was distracted With her gasping out the text and failed to connect with the characters. Maybe if I was reading to myself I could've gotten into it. But for free I can't complain to much I suppose. Maybe I'll read it on my kindle and reevaluate at a later time.

The story was decent, but I didn’t care for the narrator. I had a hard time getting into it

I really liked the story. What made it good was the way Paula read it. She put so much emotion and emphasis on the way it was written, it was easy to get into the story!

I enjoyed the story and the 'voices' but the audio was very choppy. I had to continually adjust the volume.