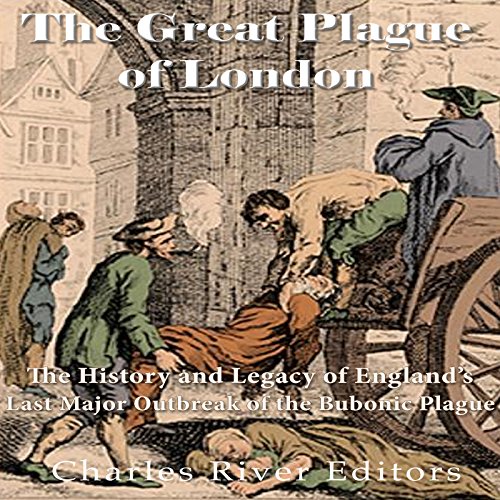 The Great Plague of London

In the 14th century, a ruthless killer stalked the streets of England, wiping out up to 60 percent of the terror-stricken nation's inhabitants. This invisible and unforgiving terminator continued to harass the population for hundreds of years, but nothing could compare to the savagery it would unleash three centuries later. This conscienceless menace was none other than the notorious bubonic plague, also known as the "Black Death".

The High Middle Ages had seen a rise in Western Europe's population in previous centuries, but these gains were almost entirely erased as the plague spread rapidly across all of Europe from 1346-1353. With a medieval understanding of medicine, diagnosis, and illness, nobody understood what caused Black Death or how to truly treat it. As a result, many religious people assumed it was divine retribution, while superstitious and suspicious citizens saw a nefarious human plot involved and persecuted certain minority groups among them.

Though it is now widely believed that rats and fleas spread the disease by carrying the bubonic plague westward along well-established trade routes, and there are now vaccines to prevent the spread of the plague, the Black Death gruesomely killed upwards of 100 million people, with helpless chroniclers graphically describing the various stages of the disease. It took Europe decades for its population to bounce back, and similar plagues would affect various parts of the world for the next several centuries, but advances in medical technology have since allowed researchers to read various medieval accounts of the Black Death in order to understand the various strains of the disease. Furthermore, the social upheaval caused by the plague radically changed European societies, and some have noted that by the time the plague had passed, the Late Middle Ages would end with many of today’s European nations firmly established.

In the mid-17th century, the heart of England fell victim to the mother of all epidemic catastrophes. The city of London was a ghost town, deserted by those who knew better than to hang around in a breeding ground that offered near-certain doom. Those who were confined within the city's borders had to make do with what they had, and the pitifully low morale seemed appropriate; the reek of rot and decomposition pervaded the air day in and day out, while corpses, young and old, riddled with strange swellings and blackened boils, littered the streets. For Londoners, to say it was hell would be an understatement.

What listeners say about The Great Plague of London