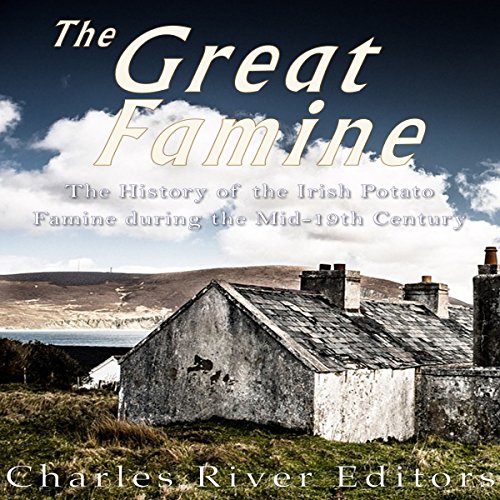 Anyone who has ever heard of "the luck of the Irish" knows that it is not something to wish on someone, for few people in the British Isles have ever suffered as the Irish have. As one commissioner looking into the situation in Ireland wrote in February 1845, "It would be impossible adequately to describe the privations which they habitually and silently endure...in many districts their only food is the potato, their only beverage water...their cabins are seldom a protection against the weather...a bed or a blanket is a rare luxury...and nearly in all their pig and a manure heap constitute their only property." Even his fellow commissioners agreed and expressed "our strong sense of the patient endurance which the laboring classes have exhibited under sufferings greater, we believe, than the people of any other country in Europe have to sustain." Still, in their long history of suffering, nothing was ever so terrible as what the Irish endured during the Great Potato Famine that struck the country in the 1840s and produced massive upheaval for several years. While countless numbers of Irish starved, the famine also compelled many to leave, and all the while, the British were exporting enough food from Ireland on a daily basis to prevent the starvation. Over the course of 10 years, the population of Ireland decreased by about 1.5 million people, and taken together, these facts have led to charges as severe as genocide. At the least, it indicated a British desire to remake Ireland in a new mold. As historian Christine Kinealy noted, "As the Famine progressed, it became apparent that the government was using its information not merely to help it formulate its relief policies, but also as an opportunity to facilitate various long-desired changes within Ireland. These included population control and the consolidation of property through various means, including emigration... Despite the overwhelming evidence of prolonged distress caused by successive years of potato blight, the underlying philosophy of the relief efforts was that they should be kept to a minimalist level; in fact they actually decreased as the famine progressed."

Although the famine obviously weakened Ireland and its people, it also stiffened Irish resolve and helped propel independence movements in its wake. By the time the famine was over, it had changed the face of not just Ireland but also Great Britain, and it had even made its effects felt across the Atlantic in the still young United States of America.

What listeners say about The Great Famine

I didn't even get half way through the book and had to put it down for lack of emotion from the narrator. it was the nearest thing to a robot reading a story about the biggest and most devastating time in Irish history where thousands upon thousands died. He couldn't even pronounce Irish town names and places properly which led me to believe that he just picked up the book and started reading before even having a look at what the book was about. I'm irish and living all my life in the north west of our beautiful historic and sacred Ireland, and I feel cheated that somebody with the voice and emotion of a robot was reading one of the most devastating stories of Irish history as it was a shame to have to sit here and listen to it and it saddens me greatly that others will have to listen to the hollow tone of his voice also. I'm not saying that is narrator is not good in their narration of other books but on this topic he should have passed it on and allowed somebody else with a little bit more emotion and compassion to read the story The Way It Should Have Been read.