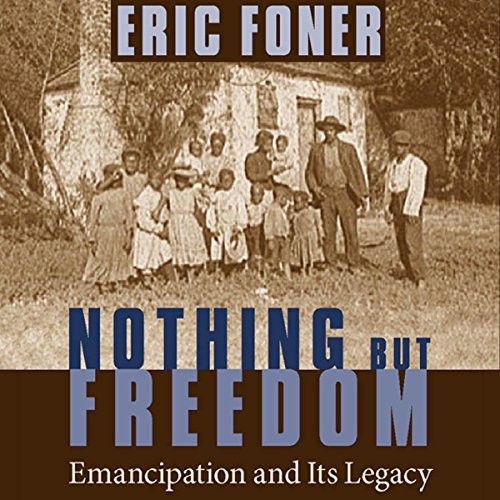 Nothing but Freedom examines the aftermath of emancipation in the South and the restructuring of society by which the former slaves gained, beyond their freedom, a new relation to the land they worked on, to the men they worked for, and to the government they lived under. Taking a comparative approach, Eric Foner examines Reconstruction in the southern states against the experience of Haiti, where a violent slave revolt was followed by the establishment of an undemocratic government and the imposition of a system of forced labor; the British Caribbean, where the colonial government oversaw an orderly transition from slavery to the creation of an almost totally dependent work force; and early 20th-century southern and eastern Africa, where a self-sufficient peasantry was dispossessed in order to create a dependent black work force.

Measuring the progress of freedmen in the post-Civil War South against that of freedmen in other recently emancipated societies, Foner reveals Reconstruction to have been, despite its failings, a unique and dramatic experiment in interracial democracy in the aftermath of slavery. Steven Hahn's timely new foreword places Foner's analysis in the context of recent scholarship and assesses its enduring impact in the 21st century.

What listeners say about Nothing but Freedom

A classic that deserves a better production

Foner is a genius and the perspective offered on the change is brilliant and (at the time) new. But the production editing is not great.

It was informative and had good details but I just couldn't get into it for some reason....possibly the narration.