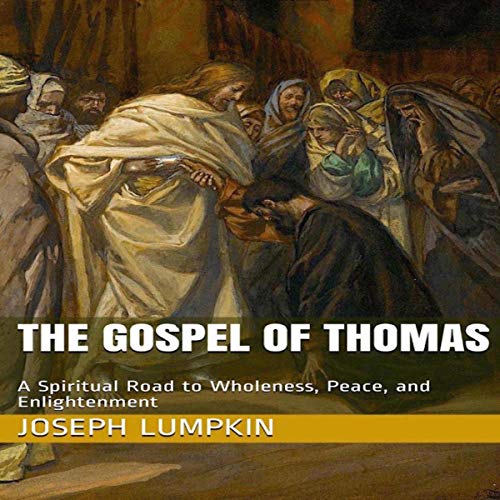 The Gospel of Thomas

By: Joseph B. Lumpkin
Narrated by: Dennis Logan
Try for £0.00

The Gospel of Thomas has been a flame of enlightenment in the world for almost 2,000 years. Once, almost extinguished, it has returned to us in ways most have never imagined. Today, the Gospel of Thomas leads us both spiritually and psychologically. In this work we will delve deeply into the spiritual and psychological meaning and application of each verse. We will gain a profound understanding of our nature and we will see how Gnosticism has influenced the development of modern psychology, under the hand of Carl G. Jung.

Carl Jung, the father of modern psychology had a relentless curiosity regarding gnostic literature. He believed the Gnostic message encouraging the unification of the inner and outer person held great psychological value. Jung, found the person who identifies himself or herself with the world and its objective frame of reference constructed a sense of self that is based upon the ever-changing structures of society and situations. The sense of a lack of permanence leads to anxiety and fear. The outward focus stifles all subjective and intuitive contexts and splits the psyche, resulting in hopelessness, atheism, and despair.

Looking deeper into Gnostic teachings, Jung found the seeds of what would become one of his greatest contributions to psychology, the Jungian archetypes. As Jung studied Gnostic writings he gained more respect for the idea of archetypes, stating in an interview, “They are an enormous factor, very important for our further development and for our well-being.“ When Jung had conceived of the basic idea of personality types he had searched but could find no one working on the theory of except the Christian spiritual movement called Gnosticism.

Gnostics were concerned with the problem of archetypes and had made a philosophy of it. Jung came to understand archetypes are structural elements of the unconscious psyche. Jung’s idea of unifying the various parts of the psyche to form a whole and healthy person is called "individuation". He found the secrets of individuation in the Gospel of Thomas. In this book, we will reveal what he saw.

What listeners say about The Gospel of Thomas