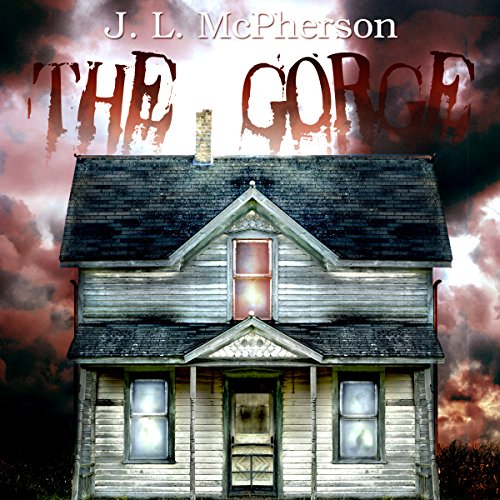 He had lost his family, murdered both his boss and his best friend, and taken refuge from a manhunt in the wilderness where an ancient force called to him. Being hunted...and haunted, was only the begining. The Blue Ridge Mountains of Southern Appalachia are ancient. They are older than the Rockies, older than the Alps. The Blue Ridge was old when the Himalayas were in their infancy. Beautiful, enchanting as is a Venus Flytrap to an unsuspecting fly, but there is a horror bellied deep in the serenity in those rolling blue hills of southern Appalachia.

The Gorge is a story of backwoods mountain culture, of a snake handling, strychnine-drinking pastor, who rises to power over his devoted flock. Of a Native American curse, confining an even older civilization of cannibal cave dwellers to within in the boundaries of a mountain gorge, hidden deep in the backcountry of the five hundred thousand acre Pisgah National Forrest.

Nathan Mires is drawn to this place, as a moth is helpless to the magnetism of a glowing porch light. His life has fallen to pieces; something has taken control of him, causing a murderous rampage, which has led him to flee into the backcountry of the Pisgah, seeking refuge from a crooked, spiteful sheriff. Soon after he arrives in the gorge, he discovers his problems have only just begun.

It didn't live up to the other reviews :-(

What disappointed you about The Gorge?

The story was filled with cliches' and flat.

Would you recommend The Gorge to your friends? Why or why not?

No, I would not recommend it. The author tried to put too many story lines, attempting to make the story rich but ended up with a flat, dismal hodgepodge of a novel.