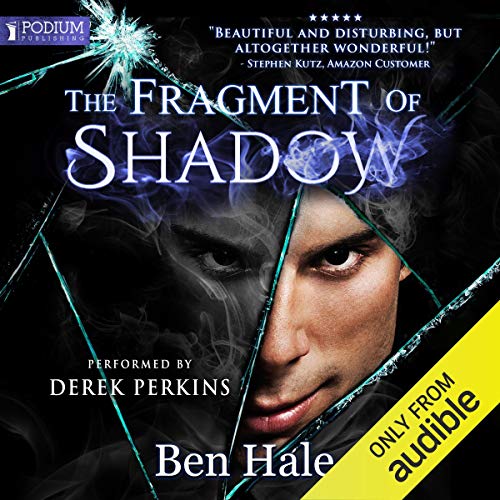 The Fragment of Shadow

The fragments of Draeken have protected Lumineia for ages, but never faced such a foe. Serak, the Father of Guardians, has plotted for thousands of years, studying them in secret, even inciting conflicts to measure their power. Now allied with Wylyn, leader of the invading krey, he is even more dangerous, yet his true purpose is a mystery.

The fragment of Shadow is sent in search of Wylyn’s son. Intelligent and tactical, Relgor thinks himself a master of all, and wants the fragments for his own gain. Unfortunately for him, Shadow possesses a gift for evasion, and a desire for mischief. With the last guild assassin as a reluctant ally, Shadow is ready to hunt, for the most delightful prey is also the most deadly.

What listeners say about The Fragment of Shadow

Shadow is full of Mischief!

I enjoyed listening to Ben Hale's book about the Fragment of Shadow. Like the Headline reads,he is full of Mischief. Highly interesting and I recommend reading or listening to this series. Ben Hale is a great author and Derek Perkins does a fantastic job narrating the story.