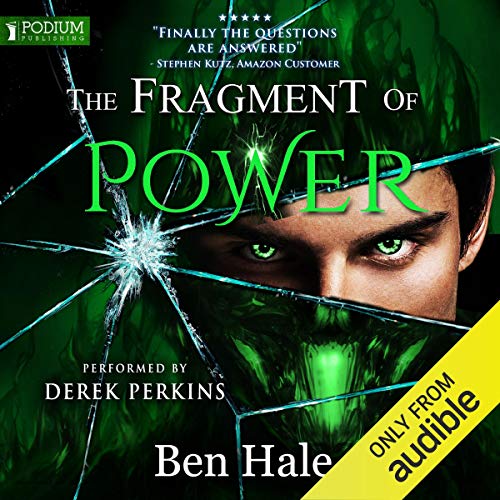 The Fragment of Power

In the depths of Blackwell Keep, the fragments of Draeken discovered the truth of their shattered soul. One among them is the fragment of Power. Malevolent and supreme, he has lurked within Draeken for ages, preparing for his ultimate ascendancy. Now, he seeks four mighty generals so he can unleash Serak’s limitless army. If he obtains his desire, his reign will be eternal.

Weakened and outmatched, the fragments are not without allies. Assassins and queens, dakorians and Eternals, all stand united against Draeken’s invasion. Gathering under a single banner, the people follow a desperate plan to end the war - before it consumes every kingdom and race. As the final battle looms, Elenyr will stop at nothing to protect her sons, even if it means a journey into the teeth of the enemy. In a war of ancient guardians, dragons, and titans, the bond of brotherhood will prove its might, for Draeken has his fiends, but Elenyr has her family.

The Great Draeken War has begun.

What listeners say about The Fragment of Power

Ben Hale has brought the story and the mystery of how Dracon was to defeated to a Grand Conclusion! Enjoyed listening to the narrator do an excellent job of telling the story. Ben Hale wrote a great fantasy breaking the stories into tales of six brothers, five good and one extremely evil!

I can not get enough with Ben Hale's Books

First of all Thank you Derek Perkins for the amazing performance.

The fragment of power surprised me as I felt very sad that Draken is portrayed as the bad guy (after reading the other fragment books).
Now everything makes sense. And the names mentioned in the end got me sooooo excited.

Note to Ben Hale:
Why don't you have a fan community group or page where we can discuss stuff?
I have so many questions I want to ask, not even Google had the answers!!!!