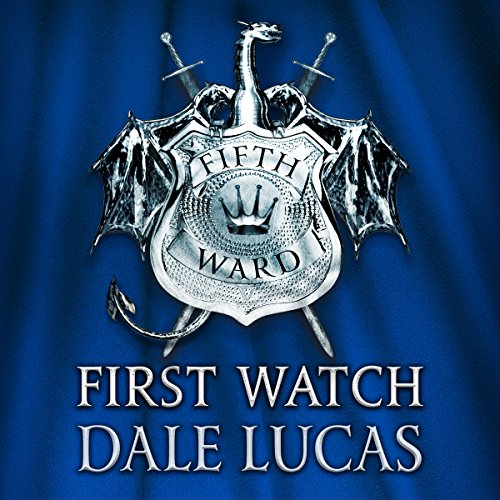 In the cramped quarters of the city of Yenara, humans, orcs, mages, elves and dwarves all jostle for success and survival, while understaffed watch wardens struggle to keep the citizens in line.

Enter Rem. New to the city, he wakes bruised and hungover in the dungeons of the fifth ward. With no money for bail - and seeing no other way out of his cell - Rem jumps at the chance to join the Watch.

Torval, his new partner - a dwarf who's handy with a maul and known for hitting first and asking questions later - is highly unimpressed with the untrained and weaponless Rem. But when Torval's former partner goes missing, the two must learn to work together to uncover the truth and catch a murderer loose in their fair city.

"A glorious tour through fantasy's seamier side. A wilder ride than Middle Earth, and you'll love every minute of it!" (Jon Hollins, author of the Dragon Lords series)

"A brilliant premise, wonderfully told. A city that breathes, and heroes you can't help but root for." (Nicholas Eames, author of Kings of the Wyld)

"A thrilling adventure, it's a buddy action movie masquerading as a fantasy book and I found it to be an awesome read." (The Tattooed Book Geek)

What listeners say about The Fifth Ward: First Watch

5* Just what I'd been looking for

Absolutely brilliant, amazingly close story with the single point of view character.
Wonderful narration.
I'll definitely be getting the sequels

First Watch is the first book in the trilogy of The Fifth Ward. I thoroughly enjoyed all three books, narrated perfectly, as usual, by Simon Vance. Likeable characters, good story but not too taxing on the brain for my late night listening.

This is a simple story without huge twists and turns which makes it easier to empathise with the main characters. It’s very enjoyable and the narrator brings the characters to life with a brilliant reading.

This is a solid, light, entertaining listen that's a bit too trope heavy, a bit too predictable, and a bit short on the verisimilitude, but is saved by a wonderful reader and good world with interesting characters.

Simon Vance is really, really good at reading fantasy. His reading takes this from an above average experience, to well worth the listen.

It is a good story

This a simple tale and the author has done a good job. They have a nice 3 acts with a few treads left for the next in the series.

The land is brutal and the watchmen are all to quick to take a “fine” and release or bash someone skull in, only a few ever seam to be arrested for imprisonment or to be judged for a their crime. So if you are one who like justice to be dealt with a quick fist and a sharpe blade this book is for you. The story has enough twisted to be interesting.