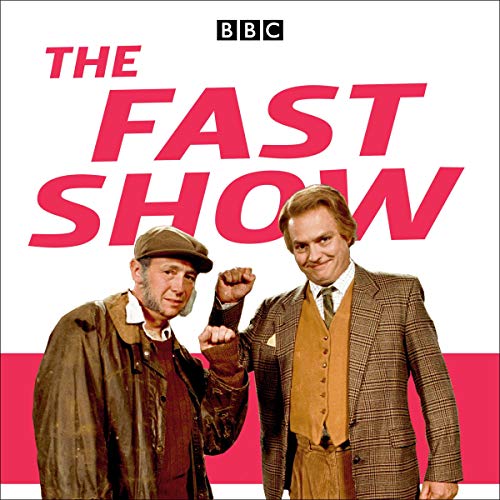 With a host of memorable characters and catchphrases, The Fast Show was one of the most popular BBC TV comedy shows ever. The talents of Paul Whitehouse, Charlie Higson, Caroline Aherne, Simon Day and many more come together in this collection of selected TV episodes and special edition of The Fast Show Live.

This compilation of sketches from the comedy series features characters such as Ted and Ralph, coughing Bob Fleming, the 'Suit you, sir' tailors from hell and the bloke in the stupid hat. Pop down to the jazz club or the football field with Ron Manager or check in on the weather with Channel 9. It's bound to be a Scorchio!

All the favourite characters plus new sketches are included in this hilarious collection, plus a bonus collection of sketches taken from the live stage performance of BBC TV's top comedy show.

What listeners say about The Fast Show