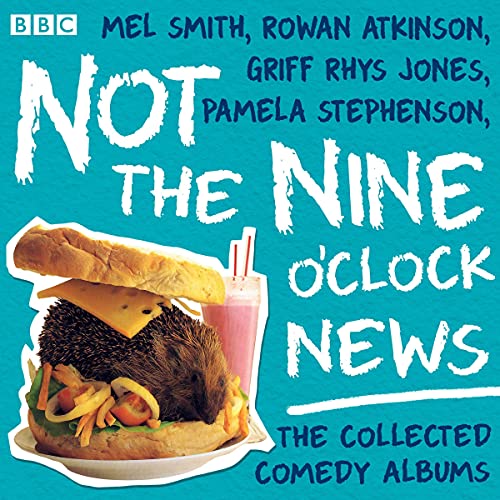 Not the Nine O’Clock News

Not the Nine O'Clock News is one of the great classics of British television comedy. The show ran from 1979 to 1982 on BBC2 and was irreverent, outrageous, innovative and rude. Originally shown as a comedy alternative to the Nine O'Clock News on BBC1, it featured satirical sketches, parody songs and spoofs of TV formats and quickly became a trailblazing smash hit, running for four series.

This collectible compilation includes the three albums that were released during the show's run on TV: Not the Nine O'Clock News, Hedgehog Sandwich and The Memory Kinda Lingers.

Among the many much-loved sketches included in this collection are 'The Gorilla Interview', 'Points of View', 'The General Synod's "Life of Python"', 'Constable Savage', 'University Challenge', 'Hi-Fi Shop', 'Not the Parrot Sketch', 'Open Marriage', 'Question Time', 'Game for a Laugh', 'Two Ninnies Song', 'McEnroe's Breakfast', 'What a Load of Willies!' and 'The Pope's Visit', plus the live Drury Lane Theatre show Not in Front of the Audience.

Warning: contains strong language and adult humour that reflects the era in which it was first broadcast.

What listeners say about Not the Nine O’Clock News