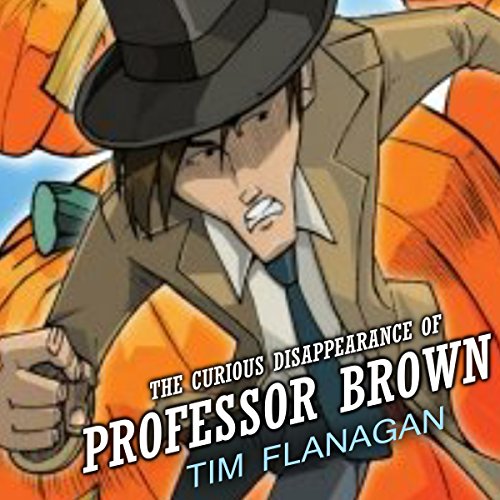 The Curious Disappearance of Professor Brown

By: Tim Flanagan
Narrated by: Ian Dransfield
Try for £0.00

Pinkley's skills are called into play in the first case of a reluctant career.

One night, in a high security laboratory, a scientist mysteriously disappears, leaving behind an overly nervous assistant and a trail of pumpkin juice. Pinkley is hired to investigate the disappearance alongside the professor's beautiful daughter, forcing him to quickly learn the skills he needs to solve his first major crime. But every move Pinkley makes is being watched.... As he blunders from one clue to the next, he stumbles across secret messages, talking pumpkins, the Russian mafia, and hired hitmen. His life now depends on him solving the case. Not to mention the future of mankind!

This is the first in the Pinkley series.

What listeners say about The Curious Disappearance of Professor Brown