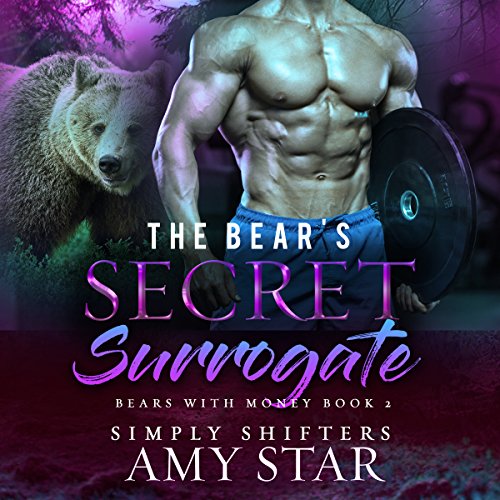 "He's a bear with money and everything he wants... Except for a family!"

When billionaire bachelor Atticus Grevieux felt his secret identity as a werebear was about to be exposed he decided to take drastic action. He knew he had to do whatever it took to appear as human as possible. And that meant starting a family. That meant having a child. So he hired young Casey Madison to be the secret surrogate to his future baby. However, when Atticus found himself getting closer to Casey than he intended he knew he had no choice but to tell her his secret.

And once Casey knew the truth, life as they both knew it would be changed forever...

This is a fun standalone werebear romance full of adult scenes, furry heroes, action and mystery. Perfect for a good afternoon/evening read!

What listeners say about The Bear's Secret Surrogate