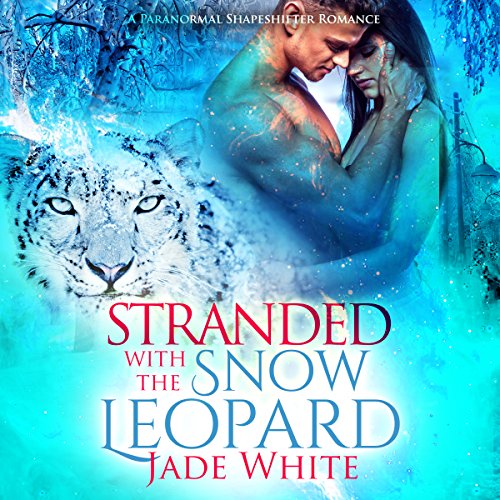 Stranded with the Snow Leopard

By: Jade White
Narrated by: Rodney Falcon
Try for £0.00

Amelia Lark was backpacking across Europe when she came across a handsome WereLion who was cute but could not take no for an answer.

Thankfully, she was saved from danger by an even more gorgeous man named Aibek.

Aibek was not a WereLion but a WereLeopard. A snow leopard to be exact.

But the WereLions were always going to come back for Amelia and, with the snow on the mountain piling up, she was now stranded with her hero snow leopard.

However, for Amelia and Aibek, the inevitable battle with the WereLions could wait.

For now, there was only one thing to do whilst they were waiting for the snow to clear. And it was something they would be doing over and over and over again....

Warning: This is an extra steamy paranormal shapeshifter romance. This is for adults only.

What listeners say about Stranded with the Snow Leopard

This story has a lot of everything. It shows how the female character likes to travel across Europe seeing different Congress
While visiting a country at a cafe she notices a man . Just taking one glance at him she knows he’s not human .
Once outside the cafe , she asks him straight out “what are you “.
He reveals he’s a lion shifter. She revels she’s a leopard. They go running in the woods. Bit something seems off to Amelia. Grab it and see what goes wrong Do the 2 mate

Rodney has a strong voice. He did all the characters great . His voice is strong , smooth and clear

I’m off for a cold shower or a quick trip to Antartica in the hopes of cooling off. This book was certainly enjoyable. Add in Rodney’s voice and this book is well worth a credit

Stranded with the Snow Leopard is an adventurous, steamy paranormal shifter romance. The characters are charming with a fiery connection. The storyline is unique with an ample amount of fo heat.

Brilliant narration by Rodney Falcon, he never fails to impress. I thoroughly enjoyed his performance.

A good story! Very unique. I liked the heroine because she seemed so normal, like someone you would meet on the street. The hero was pretty great himself always taking care of his family. There were a lot of great action and suspense scenes with a few twists really added to making it a rounded story, instead of just steamy romance. The narrator has a very nice voice and he did a good job of giving life to the story. The only thing that was hard was when in a book there would be space between paragraphs to indicate a new scene somewhere else or sometime else but in the audiobook it all ran together. It needed a pause or spacing to indicate the new scene. I definitely recommend this book.

sometimes a girl just needs a good shifter book. with some drama, some love, some fur, and some fighting.
this book has it all. and was just what I needed after a nother heavy book. So this light paranormal book, hit the right spot.
I have listened to a few books from this narrator. and he is growing on me. I really like his voice. he really did good with this book

Stranded with the Snow Leopard narrated by Rodney Falcon.
Thank you Rodney I enjoyed your narration and the opportunity to listen to this story.
I really enjoy a good PNR book, but this one let me down. It had so much potential, started out good Amelia Lark a Cheetah shifter back packing through Europe. She happens to run into some lion shifters, who kidnap and leave her in the mountains of Bulgaria, she is then rescued by Snow leopard shifters. After the rescue the story goes downhill and lost me in how mundane it becomes. Sorry this just wasn’t for me.

I’m a big fan of shifter books so when I read the description and saw who was narrating it I knew I would like this one.
The story and good and the characters were interesting, if you’re into PNR then you’ll enjoy this story.

It seems short but at great reasonable lengths. The characters were fun and hot. Very enjoyable story line. Definitely recommend. Love the narrator he always does a wonderful job.

This story was good but I felt like it was missing something.
For me, It started off very strong but then it slowed way down. It wasn’t a bad story but from the way it started I expected so much more. Easy listen for someone just starting with shifters. I love Rodney Falcon’s voice but in this story, for me, it felt a little rushed.
I will still continue to listen to Rodney.

Stranded with the Snow Leopard

Amelia escapes after being kidnapped, but shes alone and oh so cold up in the mountains. When she’s rescued and taken in by a family of snow leopards things get interesting...

An enjoyable listen that’s for a more mature audience.

I enjoyed this story of Amelia and Aibek. Aibek rescues Amelia after she escapes her kidnappers and is almost frozen. I like how this story deals with how important family is, preparing for future problems, acceptance into a new family, protecting loved ones, and love. Rodney Falcon is an excellent narrator. He quickly draws the listener into the story with his soothing and sexy voice. I received this Audible book and volunteered to write an honest review. This book is filled with adventure, angst, and love of family. I definitely recommend this Audible book.

Good narration. Interesting story. I felt there was some lose ends left dangling but overall a good story.

I loved this shifters story! It checked all the boxes and more with the excitement. Rodney Falcon nailed it with his narration of it! He has a great talent to keep you into the story.

loved the story. narrated wonderfully. amazing characters. I'm only complaint is that some of the name are similar but very uncommon that it's hard, while listening, to keep everyone straight.

This is an awesome story with an amazing voice from Rodney. Absolutely loved this!!! His voice is amazing to listen to.