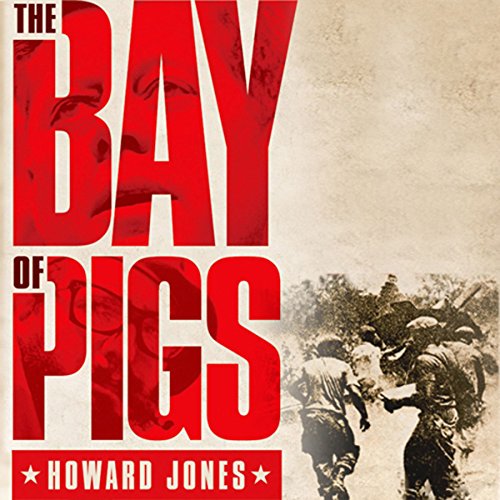 The Bay of Pigs

In The Bay of Pigs, Howard Jones provides a concise, incisive, and dramatic account of the disastrous attempt to overthrow Castro in April 1961. Drawing on recently declassified CIA documents, Jones deftly examines the train of missteps and self-deceptions that led to the invasion of U.S.-trained exiles at the Bay of Pigs.

Ignoring warnings from the ambassador to Cuba, the Eisenhower administration put in motion an operation that proved nearly unstoppable, even after the inauguration of John F. Kennedy. The CIA and Pentagon, meanwhile, both voiced confidence in the outcome of the invasion, especially after coordinating previous successful coups in Guatemala and Iran. And so the Kennedy administration launched the exile force toward its doom in Cochinos Bay on April 17, 1961.

Jones gives a riveting account of the battle - and the confusion in the White House - before moving on to explore its implications. The Bay of Pigs, he writes, set the course of Kennedy's foreign policy. It was a humiliation for the administration that fueled fears of Communist domination and pushed Kennedy toward a hardline "cold warrior" stance. But at the same time, the failed attack left him deeply skeptical of CIA and military advisers and influenced his later actions during the Cuban missile crisis.

The “Pivotal Moments in American History” series seeks to unite the old and the new history, combining the insights and techniques of recent historiography with the power of traditional narrative. Each title has a strong narrative arc with drama, irony, suspense, and - most importantly - great characters who embody the human dimension of historical events. The general editors of “Pivotal Moments” are not just historians; they are popular writers themselves, and, in two cases, Pulitzer Prize winners: David Hackett Fischer, James M. McPherson, and David Greenberg. We hope you like your American History served up with verve, wit, and an eye for the telling detail!

"Extensively researched and cogently reasoned, Jones's update of this Cold War turning point for the Pivotal Moments in American History series is a cautionary account of a disastrous foray into regime change." (Publishers Weekly)
"A taut account of a dismal passage of the Cold War... With remarkable efficiency, Jones... examines all aspects of the debacle... May become the preferred single-source reference to an episode whose foreign policy and military implications continue to reverberate." (Kirkus Reviews)
"Howard Jones has written a page-turner, beginning the moment he describes Fidel Castro's planes roaring out of Havana and heading toward the helpless Cuban exile brigade on Red Beach. He also shows conclusively how the invasion - poorly planned, driven by self-deception and inertia - solidified Castro's rule, destroyed U.S.-Cuban relations, and reinforced the American government's paranoia that any criticism of its foreign policy constituted a threat to nation security." (Stephen Schwab, retired CIA official)

What listeners say about The Bay of Pigs

This story is the story of a tragedy. The material is capable of being very interesting stuff and in this work some of it is truly interesting. What is truly awful is the endless repetition and the same stuff. It was interesting the first and second times it was mentioned but there are limits.

The book covers the Bay of Pigs well at the operational level. The shortfall in the analysis in the book is the post Script. For example, it does cover operation mongoose ;however, it does not cover in detail what happened to the prisoners and the negotiations and traded for their release.