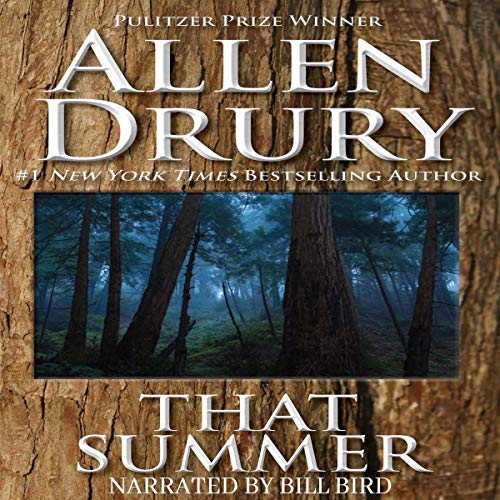 A moving novel of small-town politics and dark secrets from the Pulitzer Prize-winning author of Advise and Consent.

In That Summer, Allen Drury turns from the world of international politics to the private politics of Greenmont, an exclusive vacation colony high in the California Sierras where an intense love story is played out against tribal country-club mores and tragic social pressures.

Greenmont is a millionaire’s hideaway, a super-civilized encampment for the privileged few, but dangerous currents run beneath its affluent exterior. Major Bill Steele arrives there as an outsider, lonely and shaken after a painful and humiliating divorce. He is fleeing his own personal demons, but the people of Greenmont have their own plans for him. They see him as the perfect final solution to the increasingly serious problem of their favorite daughter, Elizavetta - at 35, kind and pretty, but unmarried.

Major Steele tries to establish a gentle friendship with Eliza, recognizing that her emotions are as complicated and defenseless as his own. The people of Greenmont make it clear to the Major that friendship is not enough.

That Summer is the most personal and passionate book from one of America’s master novelists.

What listeners say about That Summer

Alas Drury was a great writer of political fiction and an all time fave author for me. So pleased that these books are back!

This story was great and so much like a classic, The close summer homes where everyone knows everyone and all your business. This was very fun to listen. The Narration was amazing. Note at the time of this review audible did not have chapter titles for this title. This book was provided free for review, however, this review contains my honest opinions.