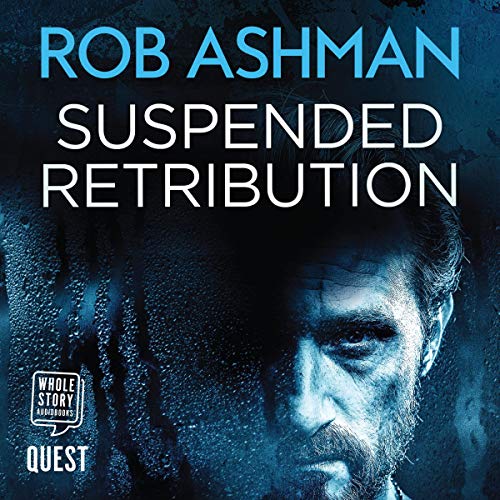 Alex Jarrod is a war veteran. When a flesh-eating parasite destroys his face, he returns from Afghanistan with a head full of nightmares. His world crumbles around him until he realises there is work to be done. Another war to fight.

DI Rosalind Kray has her hopes pinned on becoming the new DCI after tracking down another serial killer, but those in charge have other ideas.

After a small-time crook is killed in a hit-and-run and a serial burglar is brutally murdered, Kray suspects a vigilante is at work. But her bosses disregard her theory - until they discover a third victim.

Once again Kray finds herself on the trail of a serial killer, but this one is different. This one lives in his own private war zone.

With her bosses on her heels, Kray has her work cut out, and the body count is rising.

What listeners say about Suspended Retribution

Didn't get very far with jt

Couldn't listen to it. The narrator was so bad. Will have to buy the book to give it a chance, by reading it myself.

A very interesting story with chapters alternating between the killer and the detective. Clever and well plotted. Fast paced and absorbing, we follow the back story of how we got to where the story begins and follow through to its conclusion. Only not a five star all round because of the narrator. His accents and very similar, Very strange voices detracted from the story all the way through. Sadly, there wasn’t a character who rang true due to this .