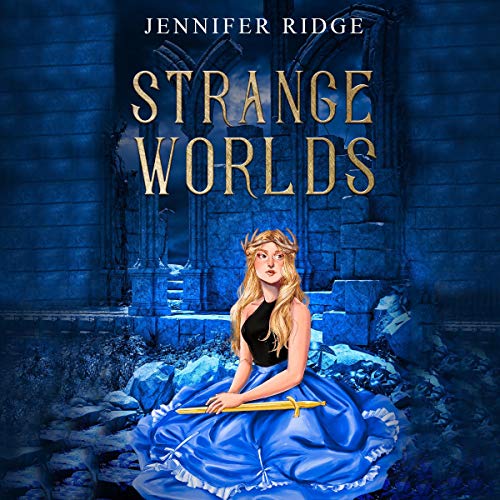 By: Jennifer Ridge
Narrated by: Rachel Leblang
Try for £0.00

The Wild King’s reign continues as his army of stolen fae grows larger and fiercer. His magic invades their bodies and minds, and the Wild fae follow his every command with a slavish devotion. Except for Feya, the only one who seems immune to the king’s transformative powers. Though she resists, she doesn’t have the heart to defy him or leave her home in the Dead City. Until it becomes too dangerous.

The elves are losing, the Seelie commander falls in battle, and Feya has no choice but to stand against the king. Amidst a swirl of painful memories and the claws of twisted magic, Feya and her new allies face off against the zealous tyrant.

What listeners say about Strange Worlds

I really enjoyed this book. As in all the books in this series, the worldbuilding was great and the character dynamics felt real. I loved the banter in this book and the story was stitched together so well. I had no problem keeping track of what was going on in the different POVs and the details were vivid. At one point I felt like things dragged on a tad and the story spent a little too much time in some negative emotions for my preference, but those emotions and character reactions were so realistic. Overall, the story was dynamic and the ending was very satisfying. Although not everything was wrapped up, it was enough that I didn't feel left hanging and I'm excited to return to the world in the next book to see what happens next.

I like that the narrator gives each character a distinct voice. My only complaint is that most male characters sound as if they are bored or snooty. Other than that, the narrator is clear and enjoyable to listen to. I never questioned what I heard and was able to get lost in the story without distraction.