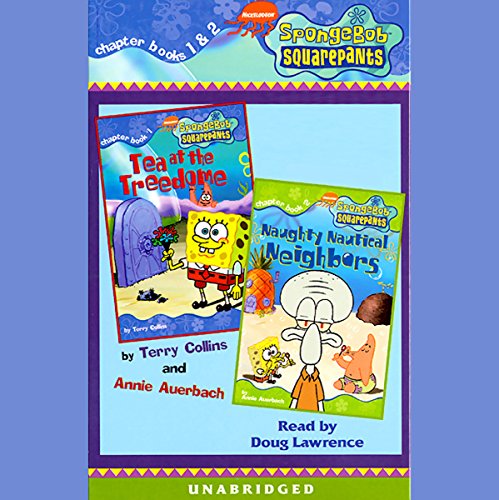 By: Terry Collins,Annie Auerbach
Narrated by: Doug Lawrence
Try for £0.00

In Tea at the Treedome, SpongeBob is invited to have tea with a new karate-chopping lady friend, Sandy Cheeks. But when he finds out that Sandy lives in a dome filled with air, SpongeBob's plan for a new friend might "run dry!"

In Naughty Nautical Neighbors, SpongeBob and Patrick Star are the best of friends, until their annoying neighbor Squidward decides to interfere. But Squidward's plan to split up best friends might backfire on him in a big, hilarious way!

What listeners say about SpongeBob SquarePants

these books are read by the man who does Plankton. Cannot ask for a better narrator! They are totally awesome. The kids love them to pieces- and the grown ups don't mind listening either.

For all the spongebob fans out therep I think this is the best book for u .