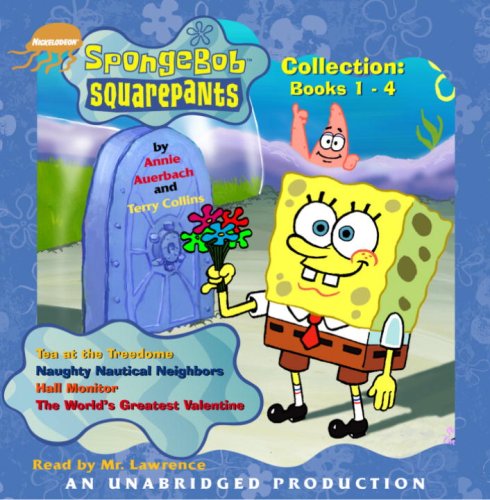 By: Annie Auerbach,Terry Collins
Narrated by: Mr. Lawrence
Try for £0.00

SpongeBob is invited to have tea with a new karate-chopping lady friend, Sandy Cheeks. But when he finds out Sandy lives in a dome filled with air, SpongeBob’s plan for a new friend might “run dry”!

SpongeBob and Patrick Star are the best of friends until their annoying neighbor Squidward decides to interfere. But Squidward’s plan to split up best friends might backfire on him in a big, hilarious way!

It’s time to pick out the week’s hall monitor at Mrs. Puff’s Boating School, and SpongeBob is next in line! The unsuspecting citizens will never be the same after SpongeBob wreaks total havoc in this uproarious underwater tale.

On Valentine’s Day, SpongeBob makes the biggest, sweetest valentine ever for his best friend, Patrick. But when a herd of chocolate-eating scallops threaten the valentine’s arrival, SpongeBob has to come up with a new plan. Can SpongeBob save the day?