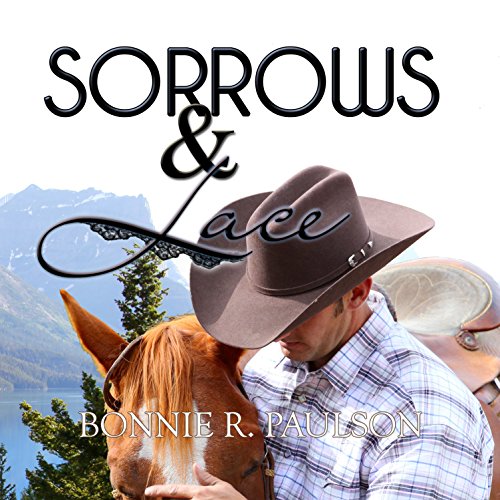 Ronan James finally has a reason to get rid of his wife. Unfaithful and sterile, she's the one thing standing between him and his rightful property. His sister's desertion to the MacAllister ranch with R.J.'s competition is salt in a rotting wound. R.J. needs an heir and a legitimate one at that.

With divorce papers in the works and the contracts calling in for mining rights, R.J. strikes a deal with his childhood girlfriend, Kelsey, a woman who is more tied to his enemies than he realizes. But if she can marry him and give him a kid, he just might be able to hold onto the one thing he thinks he wants above all else - the land.

But when things slip out of his control, Ronan will need to figure out which is worth the sacrifice - the woman he's always wanted or the land he was destined to have.

What listeners say about Sorrows and Lace

This is different than what I expected. It’s a Wild West style in a modern setting. There are definitely language issues with a lot of cussing and some gritty comments. There are good guys and bad guys and guns and fists. There is death and revenge, prejudice , love and babies. Then there is Ronan and Kelsey and second chances.

Who knew Ronan could be so charming.

Ronan is given one month to get married. He contacts the only woman he has ever loved. He broke up with her because his parents did not approve of her. They are in danger from the gang that wants the money they feel they are owed. Very good ending to the series.