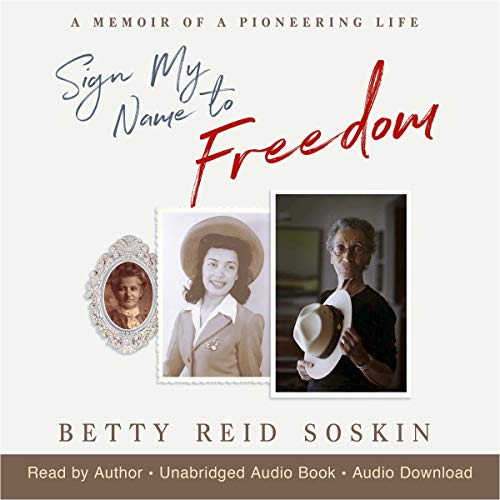 In Betty Reid Soskin’s 96 years of living, she has been a witness to a grand sweep of American history. When she was born in 1921, the lynching of African-Americans was a national epidemic, blackface minstrel shows were the most popular American form of entertainment, white women had only just won the right to vote, and most African-Americans in the Deep South could not vote at all. From her great-grandmother, who had been enslaved until her mid-20s, Betty heard stories of slavery and the times of terror and struggle for Black folk that followed. In her lifetime, Betty has watched the nation begin to confront its race and gender biases when forced to come together in the World War II era; seen our differences nearly break us apart again in the upheavals of the civil rights and Black Power eras; and, finally, lived long enough to witness both the election of an African-American president and the re-emergence of a militant, racist far right.

The child of proud Louisiana Creole parents who refused to bow down to Southern discrimination, Betty was raised in the Bay Area Black community before the great westward migration of World War II. After working in the civilian home front effort in the war years, she and her husband, Mel Reid, helped break down racial boundaries by moving into a previously all-white community east of the Oakland hills, where they raised four children while resisting the prejudices against the family that many of her neighbors held.

With Mel, she opened up one of the first Bay Area record stores in Berkeley both owned by African-Americans and dedicated to the distribution of African-American music. Her volunteer work in rehabilitating the community where the record shop began eventually led her to a paid position as a state legislative aide, helping to plan the innovative Rosie the Riveter/WWII Home Front National Historical Park in Richmond, California, then to a “second” career as the oldest park ranger in the history of the National Park Service. In between, she used her talents as a singer and songwriter to interpret and chronicle the great American social upheavals that marked the 1960s.

In 2003, Betty displayed a new talent when she created the popular blog CBreaux Speaks, sharing the sometimes fierce, sometimes gently persuasive, but always brightly honest story of her long journey through an American and African-American life. Blending together selections from many of Betty’s hundreds of blog entries with interviews, letters, and speeches, Sign My Name to Freedom invites you along on that journey, through the words and thoughts of a national treasure who has never stopped looking at herself, the nation, or the world with fresh eyes.

What listeners say about Sign My Name to Freedom

loved this book and really enjoyed listening to the voice of the reader. Betty story is fascinating

There are many layers of her story

There are so many layers to Miss Betty in this story. Miss Betty is reading her own book, who could have read better she reads it so elegantly . I felt She was telling bits and pieces of my story,

A life well lived and continuing

I enjoyed the book immensely. It was a wonderful civil rights history by one who lived it.