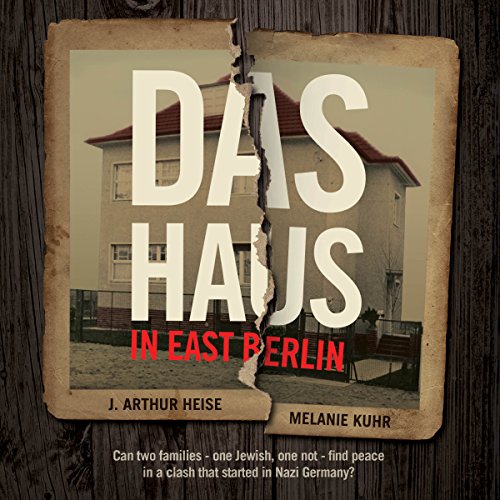 Das Haus in East Berlin is the true story of two German families - one Jewish, the other not - whose paths first crossed in Nazi Germany and 70 years later again in the United States in the quest to have a house, which was located in the former East Germany, returned to its rightful owner.

You will find out how the two heirs, who started out as antagonists in the 10-year struggle over the ownership of the house, ended up co-authors of this audiobook. In fact, the turbulent history of 20th-century Germany, from World War I through the Nazi era, the Soviet occupation of East Germany, the rise and fall of East Germany, all the way to the post-Cold War struggles to determine the rightful heirs to a property sold by a Jewish family to a member of the Nazi Party a half century earlier, are all part of the story of Das Haus.

What listeners say about Das Haus: In East Berlin

Great book, would definitely recommend to anyone with an interest in WWII / German historical events.

it's about a house and who's it is. I tried but

it's about a house and who's it is. I tried but couldn't keep track of everybody. it's a story that may be interesting to the families themselves.