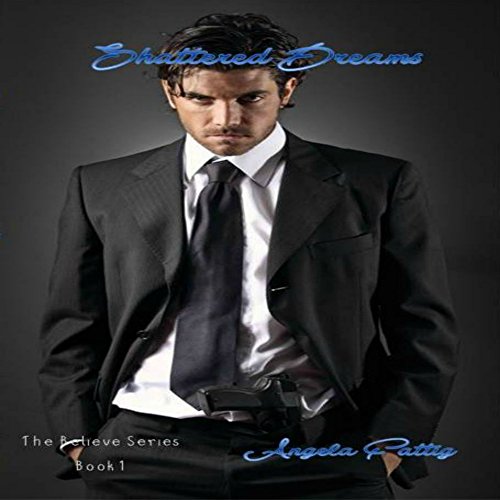 Long ago, Alicia Winters thought she had found him in Rick Hinder, her high school crush. She confessed all to him. He knew all her secrets, even the one that could break her. She wrote what she held in her heart: the love and romance she hoped to find one day.

Senior year, she confessed that she had fallen in love with him. He made it all too clear that he would never feel the same.

At 29, she is still beautiful. However, the only men she seemed to attract were scum. "F--k romance and f--k men!" That was Alicia's motto after a string of romances gone wrong - not just a few, but several over years of trying to find Mr. Right.

Now the one man who broke her all those years ago is back, and her lonely world is turned upside down when he isn't the only one who wants her.

Rick Hinder is running for his life. The men he owes money to want to be repaid any way they can get it.

Going to his younger brother, Gage, is out of the question. They may be brothers, but Gage is a cop, and cops don't help people like him. However, he needs cash now.

Fate is a cruel bitch.

He thinks he has found his way out with Alicia. He is counting on the fact she still feels something for him. If he can play her, win her heart, he's a shoe in for the money she's made writing.

She has to have money, right? All authors rake in the money. He'll just use the one secret she told him. He will be the man of her dreams. She will never know the truth....

What Rick doesn't know is that Gage knows all about his plan. Gage will stop at nothing to protect the woman he loves.

What listeners say about Shattered Dreams

a couple of good twists

Gage has been in love with Alicia since high school, but at the time she was with his brother Rick who then broke her heart. Now Rick has debts to pay and is in trouble with the mob. Gage is asked to protect Alicia as part of his job as a cop because Rick intends to go after Alicia to get hold of some money. Within this story, there is also the story of Shannon, who is Alicia's best friend, and Jareth, an FBI agent who is working with Gage. Alicia and Shannon are both struggling with demons from the past, and Jareth and Gage have a few secrets, too. The listener never finds out exactly what happened between Alicia and Rick though. As this is the first book in the Believe series and ends on a huge cliff hanger, maybe more details will be forthcoming in book 2, which isn't available yet.

It was a very short book at just over 3 hours, so I realize the author had to get the action going quickly, but the development of the relationship between Gage and Alicia was practically non-existent. They had exchanged what felt like approx. 5 sentences before they were pulling each others' clothes off.

There was a lot of switching back and forth in the timeline, which made the plot feel quite disjointed for me. On the one hand there was a lot of detail missing, e.g. when it came to Gage's disappearance, but on the other hand there were additions, such as the very first chapter, whose purpose I still haven't figured out.

It was an ok listen with some suspenseful moments, a couple of good twists and a lot of very steamy and explicit scenes and some quite intriguing characters. I actually especially liked Jareth and Shannon who weren't the main characters. But I wasn't totally gripped by any of it.

Part of the reason for this is probably the quality of the production. The volume was so up and down, I was constantly adjusting it. There were several sentences I could hardly make out at all. There are a lot of sound effects used. Some worked well, others were annoying and distracting, such as the motorcycle noise. The volume issues combined with the sound effects made it hard to get really engaged with the story. It just wasn't a very pleasant listening experience.

The narration is done by two voice artists although only the female one is mentioned by name on Audible. Charlotte Kyle did a very good job. She was a great fit for Alicia and Shannon. The male narrator's voice sounded a lot older than the characters he was portraying, who were in their late twenties. That was a little distracting, but was only a minor niggle. I got used to it. The main problem really was with the quality of the production.