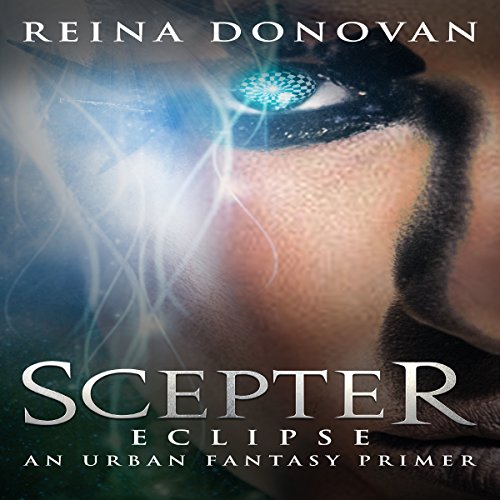 By: Reina Donovan
Narrated by: Rebekah Tyler
Try for £0.00

It was August 21, 2017, the day of the total solar eclipse. That was the day her entire world changed.

Walking home from work, a young female encounters a strange homeless man who speaks to her  in an ancient language she somehow understands. She is told she must save the universe as she is the only one who can, due to her chosen bloodline.

Transported to another dimension, she and her assigned guardian must retrieve the mystical scepter needed to return the evil titans to their prison realm.

Join the story as this urban fantasy primer develops into a true saga! In her debut year, Reina Donovan’s Scepter: Eclipse is a new addition urban fantasy in the tradition of Stephenie Meyer, James Dashner, and, most recently, Wesley Snipes.

What listeners say about Scepter: Eclipse