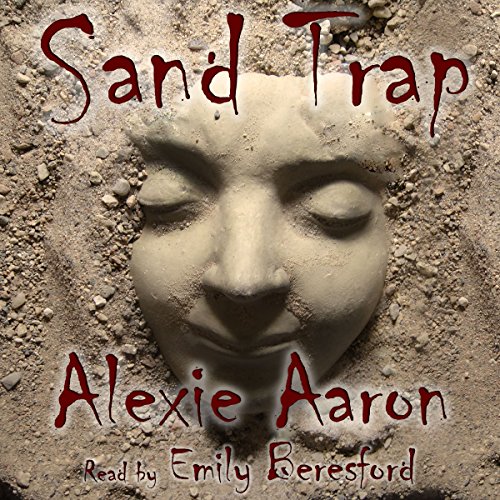 Not all sand traps occur on the links, some may be found on a popular beach or lonely stretch of highway.

A sensitive and two ghost hunters walk into a bar. The barman is silent and the barflies long dead. It sounds like the start of a joke, but it's not. An active haunt in a derelict biker bar on Route 66 is a dream come true for the PEEPs team, until it turns violent. An SOS is sent to Mia Cooper, who hits the open road with her ghostly pal Murphy riding shotgun. Together they try to enter the haunted building, only to be repelled by the building itself. They can't get in, and the ghosts can get out.

Courtney Fairchild wanted a rich husband, and she wasn't going to let a little thing like death stand in her way. Hit by lightning as she walked along an exclusive Floridian beach, her soul was fused together with the sand, creating a beautiful specimen of fulgurite, which finds a home at the Chicago Field Museum. Released into the museum, Courtney roams from display to display looking for a way out of her glass prison.

Join Mia and the PEEPs team on an adventure from the cultural confines of Chicago's Field Museum down Route 66 to Lucky's Bar, where evil is always on tap.

Sand Trap is the third novel of the Haunted series.

What listeners say about Sand Trap

I totally would. This series of books are fun. I am bummed that the remaining books in the set are not on Audible (hint, hint). While the books in the Haunted series that I have listened to so far are not the type that keep you on the edge of the seat or have odd twists and turns, I enjoy them. They are a nice escape.

Mia. These are basically her stories, and I found myself wanting things to turn out for the best for her. I like her Godfather Ralph, too. He would be fun in realy life!

I enjoy this series, and as I said above, hope that more are made into Audible books. I recommend these for someone wanting some light listening.

What a dynamic duo these two are. (Alexie Aaron & Emily Beresford)
Alexie with her God given talent of writing and Emily with her amazing ability to add life to words on paper. The P.E.E.P.S. crew dance to life in Alexie's words alone but adding the voices to all that we imagine the characters to be, adds a quality that makes it that much more exciting. It's the best of both worlds.
That being said, on to the story. I have read Sand Trap, as well as listened to the audio book. Alexie has a way of laying out a feast for the imagination. We read it, we imagine who these people are. We get to know and love them and find ourselves disappointed when the words come to an end and excitedly wait for the next installment. Good writing is something that stays with you. It is thought about often and takes part in our lifetime of treasured memories. Sand Trap was every bit as amazing as the rest of this series. I have a great love of these funny, outrageous, loveable people in the haunted series. I love the humor, the antics, the creep factor, the anticipation to name a few qualities of this book. I loved it! As always Alexie Chills and Thrills, made me laugh out loud, cry, smile until my face hurt and had me looking under the bed! and Emily.....drove it home. If you love a talented writer and an amazing performance in reading aloud....you're gonna LOVE this audio book.

And book three did not disappoint! I love this author and I love the stories even more. I am a bit disappointed that I am left HANGING as I have questions about a few of the characters so HOPEFULLY I will see more books come online soon in this series as I REALLY truly enjoy every aspect of this series!