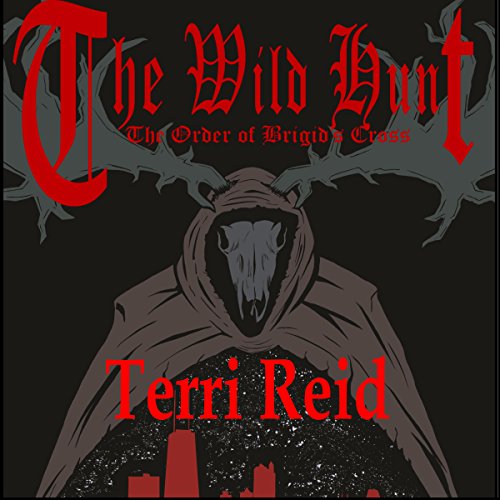 By: Terri Reid
Narrated by: Meral Mathews
Try for £0.00

Detective Sean O'Reilly is called in to interrogate a young boy who is the only witness to a massacre during a gang war. The child's story is too far-fetched for most of the Chicago Police Force to believe - claims of an army of other-worldly creatures who attacked and dismembered the rival gangs. But Sean O'Reilly believes him, because he's seen them himself. An encounter he had as a boy in a dark forest in Ireland did not just give him nightmares, but changed his entire life.

What listeners say about The Wild Hunt

Jeez! Almost non-stop action, freaky creatures, engaging mystery, a diverse race of humans and unnatural beings, and a great narrator. What more could you ask for when in need of something entertaining.

The only reason this isn't a five star is due to my dislike how of the author created such powerful female characters but made them pathetically weak at weird times just to get some sort of sympathy from the men they are romantically interested in. Honestly, had there been no romance or an attempt to romance and the author kept the female characters as powerful as they obviously were, this probably would have been my second favorite 'listen to' this year.

I am familiar with Terri Reid’s, Mary O’Reilly series. A very light enjoyable paranormal novel. Since this book is about Mary’s brother Sean and his encounters with the other worldly, I was open to reading it. Therefore, nothing surprised me about the characters. Yes, O’Reillys are bleeding hearts, which sometimes makes me grind my teeth. Yes, you get the same Irish-Catholic-Police mentality. Yes, when it makes more sense to shoot first, then identify yourself as police, an O’Reilly will never do such a thing. Sean has a diverse posse and he is just a tad more competent than Mary in his sleuthing. There is more action and less romance when compared to the Mary O’Reilly. The action is edger and it starts from the beginning to the end. More action is better.

Sean does more saving other people than needing people to save him. Yea, there are a few things that are off kilter. How can you become such a competent swordsman within 24 hours to defeat someone who has been fighting for centuries? How do you have reservations about paranormal when your sister sees ghost. But you expect little inconsistences such as that. I hope that this is the first book in a series. I enjoy the “hook” of a paranormal family series. There is enough difference between Sean’s and Mary’s story that it can be pulled off with an audience for both.

The book is not impressive enough to write anything in capitalized letters. If you are a Jim Butler fan, you might think, as I did, if the authors would let the male characters meet. You will understand my comment when you read the book. I am patient enough to wait for the next book. Saying all that, it is good book, a 4 star and I will read the next one.

I loved this story and characters. Wonderful imagination and the narrative was delightful. I recommend this book to anyone seeking adventure and the Fae.

Love the new O'Reily in town!

I have been a Mary O'Reily-a-holic since book 1, so I of course had to check out this nee offshoot with Sean. Love that the same characters I know and love are in this and cannot wait to see this posse throw down in the future!! New storyline with the Fae, (and while I miss the ghosts I originally signed on for with Mary) I enjoyed how Sean and friends handle it!
Great narration!

I really enjoyed this book. The story line was great Can't wait to get book 2.