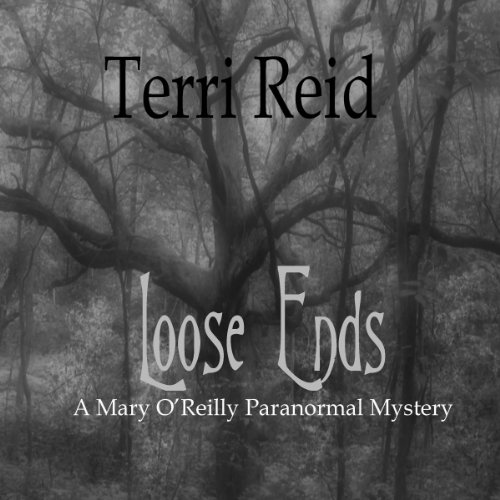 By: Terri Reid
Narrated by: Erin Spencer
Try for £0.00

Dying is what changed Mary O'Reilly's life. Well, actually, coming back from the dead and having the ability to communicate with ghosts is really what did it.

Now, a private investigator in rural Freeport, Illinois, Mary's trying to learn how to incorporate her experience as a Chicago cop and new-found talent into a real job. Her challenge is to solve the mysteries, get real evidence (a ghost's word just doesn't hold up in court), and be sure the folks in town, especially the handsome new police chief, don't think she's nuts.

Twenty-four years ago, a young woman drowned in the swimming pool of a newly elected state senator. It was ruled an accident. But now, as the senator prepares to move on to higher positions, the ghost of the woman is appearing to the Senator's wife.

Mary is hired to discover the truth behind the death. She unearths a connection between the murder and the disappearance of five little girls whose cases, 24 years later, are still all unsolved. As she digs further, she becomes the next target for the serial killers' quest to tie up all his loose ends.

What listeners say about Loose Ends

Interesting idea. Not best narrator though.

Reading the summary this sort of book is right up my alley.

Overall for the first in a series it was oaky. Nothing outstanding, but there are certainly worse books out there.

Unfortunately it was let down by the narrator. Most of the monologue was delivered in the same tone. There were also long pauses in odd places. Places where I'd expect comma's were read as though they had a full stop (period to none UK folks). Given I don't have the written version it is hard to know if that is bad editing from the book, or if it's a bad recording.

Narration aside I have decided to give the next two books in the series a go, and see how they pan out.

I love paranormal fiction but not this one

I suppose I have been spoiled by the likes of Harry Dresden and the phil rickman novels but I found this very predictable and it didn't hold my attention. I think younger listeners will enjoy it

Absolutely love reading this collection. Very disappointed in narrator. Very flat, no emotion. Only got to about chapter 2 and had to stop. Will reread book again. Sorry

I'm Ready for the Next Book in the Series

I'm normally reluctant to buy an audiobook that is performed by someone new. But, Erin Spencer was better than I had expected. The male characters sounded a little goofy, and I would have preferred it if she had sped up her reading just a tad bit, or maybe I'm just being too picky. I think she has the potential to be a really awesome narrator with a few minor adjustments.

As far as the story goes...

I really enjoyed the characters. I know there are plenty of paranormal mystery books out there with main characters that solve crimes with the aid of ghosts. (I really enjoyed Amanda Steven's Graveyard Queen series) Yet, this book felt different. I think it was the humor Terri Reid injected into the dialogue. The mystery wasn't much of a mystery, but the plot didn't really suffer from the lack of suspense. I still wanted to know how it's all resolved. Now I'm eager to listen to the next book, Good Tidings, to see where things go with Mary and Bradley.

Possibly this book would haveqbeen better to read, as opposed to the audio version. The narrator did an awful, and I mean AWFUL, job with the men's voices and everything said by them just sounded stupid. Wouldn't the producer have realized this before release? Anyway, there were were a few plot holes due to weak editing, but if you have nothing else to listen to, this will do the job. Sadly, I have nothing else to listen to, and plan to give the qaseaassecond book a try....I'm hoping it's better.

Yes, the narrator ruined it for me. I was so excited to see these books on audible and then the narration screwed it up for me.

Everything. Should have used Susan Erickson or Luke Daniels!

I really enjoy these books but the narrator ruined them completely for me. I will just reread my kindle ebooks.

I didn't like the narrator at all, The book was okay a bit corny in places.

Decent book but the narration was bad

The pause that the narrator would put in a sentence before saying "he said or she said" drove me crazy. It really affected my ability to like the book. I had to decide whether I could take listening to that or just scrap the book several times. Pick a better narrator!!!

Would you listen to Loose Ends again? Why?

A GREAT story that does not rely on foul language or graphic sex. A true romance and lots of
surprises.

A wonderful narrator, she really brought the story to life. I could tell exactly which character was speaking even before she identified him/her. Great change up from one personality to the next..

I look forward to the rest of the series.

Narrator ruined it for me

The book and story are actually really good. Unfortunately, the narrator ruined it for me. She made Mary sound like a giggly ditz, and the other characters all sort of sounded the same, or their voice didn't match their character at all. Skip the audio version for this one, but if you can take the time to read it, it's a fun and entertaining series.

Erin is a fantastic narrator! and Terri Reid had me enamored with the Mary O'Reilly series once i read the first book in Kindle. clean and so enjoyable. now that i have them from audible, my husband enjoys them too. love them for long trips! i can even share them to my teenage grand daughters.

I have read all the Mary O’ Reilly books. Now I love listening to them. Maybe a Hulu Netflix series!!