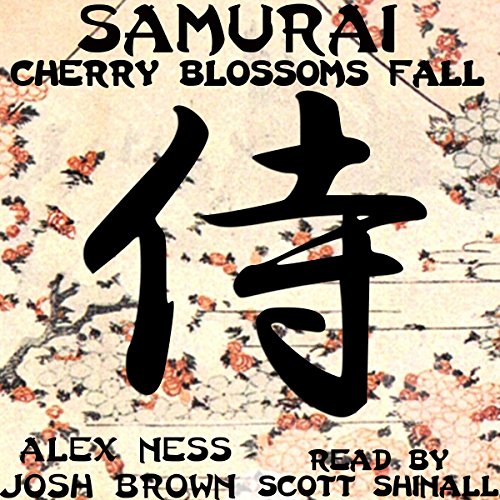 Samurai commonly describes a warrior in Japan who serves a lord, using combat skills and living by the code of Bushido. But not everyone followed the code so directly, nor was every samurai so bold and courageous. So while the truth is somewhere between the idealized icon of fidelity and bravery, and bullies with swords, this work features the samurai who lived by their code.

Inspired by the great and legendary samurai themselves, this work of short stories, poems, and quotes is meant to evoke, however briefly, life from the viewpoint of the samurai.

What listeners say about Samurai

Intriguing and thought provoking. Probably better enjoyed if you have some knowledge of Samurai perhaps from a novel like 'Shogun'.

It's difficult to know if this is partly translated ancient journals or written in full by the authors but it is quite good and a story that takes one full circle. It's not really poetry in the true sense but it has a lyrical quality. The narration is good though in honesty the narration lacked the slower, deliberate aspect that might have been offered from one who speaks and understands the language and nuances of Japan. Overall it is a very good short story.

An Interesting Look at Way of the Samarai

It was well-spent in the sense that it's like a crash course on the lifestyle of a samurai. It stresses the importance of their beliefs and practices. The stories within this work echo some of the legendary tales of the samurai, so it's interesting to have a different take on those tales. Anyone who is interested in that will find some appreciation in the content of the book.

Did Samurai inspire you to do anything?

It made me more interested in the ways of the samurai.

The narration could use more feeling. There's not much variance or inflection to help portray the scene.

I was kindly given the audiobook to review.
While the story seemed to be well researched it wasn't exactly entertaining. It seemed more like narration in a movie "he did this after feeling this" than a book about a protagonist and their adventures. That being said it was interesting, especially the second half of it.
Where it falls really behind is in narration. The narration was unfeelingly done and if you, like me, watch samurai animes and want to read this because of that, pick the book instead of the audiobook. It isn't exactly well modulated.
If that's not an issue and you're looking for a quick listen then do pick this up!