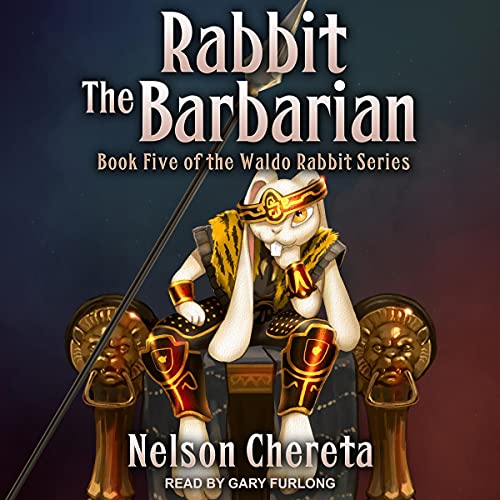 By: Nelson Chereta
Narrated by: Gary Furlong
Try for £0.00

At last! Waldo, Alice, and Gronk have arrived at World's End and located a dragon! What once seemed absolutely impossible is now nearly within reach. With determination to get either a dragon's egg or a dragon, Waldo sets out. He is soon face-to-face with the red dragon Luna, and she is...not quite what he expected. Waldo knew reaching his final goal would be hard, but the obstacles prove to be rather unique. But when has that ever stopped Waldo?

Meanwhile, back in Alteroth, Lilith Corpselover is going to war! It is the opening engagement of what will be the largest war in 2,000 years. The Dark Powers might show her enemies mercy, but Lilith certainly won't.

Plus, there's a kidnapped princess in need of rescue! Because of course there is! This is a fantasy series after all, and we haven't done one of those yet. How does an imprisoned princess relate to Waldo's efforts to land a dragon's egg or dragon? There's only one way to find out.

What listeners say about Rabbit the Barbarian

Great book, good continuity to the others, amazing narration as always from Gary, my only complaint is that it is WAY TOO SHORT. I don't think I'll get the next one is it's this short again.

5 hours and 37 minutes? The story was decent his time, since he didn't steal characters from other franchises, but this long in-between titles and it's the shortest book yet? Disappointed

far better than The rabbit who lived

The comedy is better, the plot advances! I do think this book is more inline with the first two books in the series.

Better Waldo Rabbit book than the last couple!! Had me closing my eyes in enjoyable concentration a few times!

I love this series. i like reading the books but listening to Gary's work is great it brings all the characters to life. I can wait to read and then listen to the next one!!!

only a Barbarian would split their book

So I think this was a much needed world building and atmosphere correction for the series. It really cements the characters on who they are, in a great way through telling a side story.
This is a side story, and while I am not opposed to that, I believe people should be informed on what they are getting. What you get is fantastic, but only a small amount moves the plot forward overall.

too good to be this short

we have been in a pandemic i want more written. this is such a good story line with so many possibilities please more.

better than the last entry but still too short, hopefully the next installment is longer!

The story continues, it´s as fun as always and very entertaining. Gary makes a superb job, as per usual and it feels "homey" to listen to him again. The only drawback is that the book is too short... so it feels a little that one has been cheated.