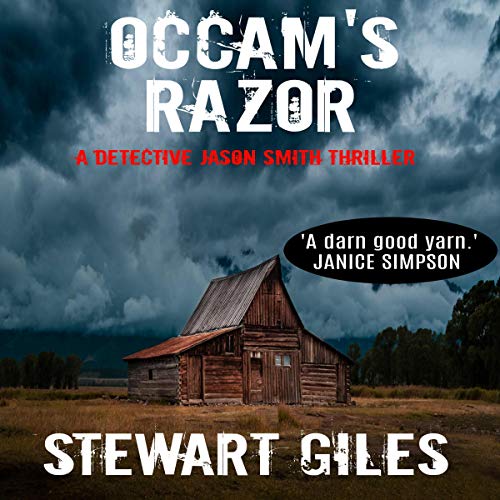 A football player is shot dead in front of a packed crowd of people. DS Jason Smith is put in charge of the investigation. The murder weapon is found in a house across the road from the football ground. It is a rare Russian army issue sniper rifle. As the investigation hits dead end after dead end, two government agents arrive and take over, pushing Smith and his colleagues to the side. As more people die Smith quickly realizes these agents are not who they claim to be. He is forced into the dark world of these phantoms and he finds himself at the mercy of his old nemesis, the man who kidnapped his sister years earlier.

This is the fourth book in the DS Smith series, and so much has happened in the previous three books that it would be extremely useful if you have read them in sequence, although you do find out the back story throughout the book if you haven't had chance to read books 1-3 yet.

This book starts off with a bang when a goalkeeper gets shot on the pitch at York Town FC straight after he has saved the penalty which gets them promoted.

Whilst Smith and the team are investigating this another football player is gunned down in the middle of the street, and another has his son kidnapped.

When the team get back to base they are told to stop investigating the cases as SOCA (Serious Organised Crime Agency) have taken over and won't be needing any help.

Obviously Smith ignores them, otherwise it would be a very short book, and find out that the gun used is a Russian Sniper and the person who killed the first player smokes rare foreign cigarettes so starts to find out things from his past he thought were forgotten.

The book is so well written that I was left guessing who to trust all the way through and even at the end of the book I wasn't sure if the right people had won.

As usual with the DS Smith books there was a lot of violence and people who we have come to love over the last three books are in the firing line and end up dead, which is one of the things I love about these books as usually you know that the main cast are safe and will always get out of the situation they are in.

I am really getting into this series now and can't wait for read the next book in the series, Harlequin, which I am about to start ready for the next blog tour.