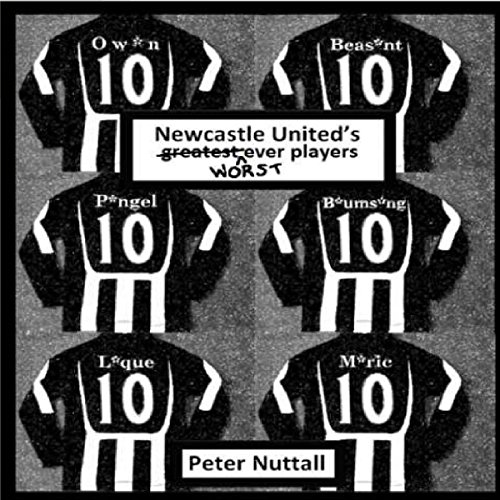 Did Wayne Fereday ruin your life? Was Silvio Maric directly responsible for your high dentist bills due to the constant gnashing and grinding of your molars? Did Billy Askew's hair give you nightmares, or did the merest mention of Alain Boumsong's name have the same effect as the aftermath of a Vindaloo? Then this is the book you've been waiting for.

Relive all your least favorite Newcastle United moments by taking a journey back through the labyrinth of frustration, disillusionment, and failure that is Newcastle United's worst ever players. Grimace, cringe, and wince as you take a trip down the derelict end of memory lane, through a history of Newcastle United's most inept, incompetent, and overpaid exponents of the beautiful game. Players who panicked whenever the ball came within 20 yards of them, players who would struggle to make the bench for St. Joseph's School under-sevens team and players who surprised you by managing to put their boots on the right feet.

If you've ever watched a Newcastle United player and wondered how they managed to turn professional and you didn't, if you were left speechless as they were allowed to continue spreading their misery well into the second half or dumbfounded at the fact they'd managed to convince someone to pay them a wage to stumble around the field and offer nothing more to the cause than the corner flag, you'll find them all here.

What listeners say about Newcastle United's Worst Ever Players