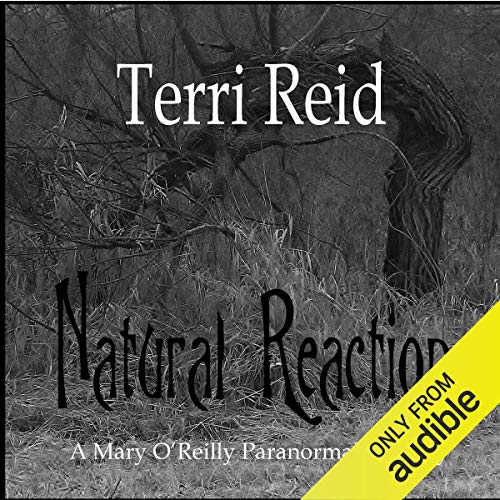 By: Terri Reid
Narrated by: Erin Spencer
Try for £0.00

The last few students climbed through windows, black smoke billowing out of them. The teacher turned to his student. "I'll let you down first."

"But Coach, whose going to help you?"

"Hey, you're my best fielder, I expect to jump right into your arms," he said. "Just promise not to whip me over to Smith for a double play."

The young man, his face streaked with soot, grinned at his coach. "Yeah, Coach, I promise."

He took the young man's hands in a tight grip and slowly lowered him out the window. When he had extended his reach as far as he could, he let him go.

The student fell into the evergreen boughs, the prickly needles scraped his arms, but the branches kept him from hitting the ground.

He rolled off the bushes and jumped up as fast as he could. He turned his eager face up to the window. "Okay, Coach," he called.

The explosion violently blew the windows out of the building. Screaming students darted across the lawn, barely escaping the shards of glass raining down on them. All of the students except Stevo, who still stood below the gaping hole in the wall, oblivious to the blood running down his face and arms. "Coach, Coach," he screamed. "I'm here, Coach. Coach, I'm here."

Mary O'Reilly investigates the death of a beloved high school coach while she tries to overcome the repercussion of solving Jeannine's murder.

What listeners say about Natural Reaction

This is the one that made me give up.

I rather enjoyed the first three books in this series. I held on, hoping for more character development and because I was curious about the central mystery of Bradley's wife. However, number five was a terribly plotted mystery, needlessly gruesome, and it repeated several twists and tropes she'd employed in earlier novels. Everyone is either very bad or very good. There is no nuance. I'm not sure why I went for the sixth, I had to give up after four chapters.

I might have kept going anyway, but the narrator trying to do a Scottish dialect completely killed it. Has she ever heard a Scot in her life? Far better not to attempt it at all! I shut it down after the fifth haggis joke. No.

Also, by this book, I was ready to scream every time anyone in the book chuckled. The combination of the overuse of the phrase, "Mary chuckled" and the unvarying way the narrator delivers it turned into fingernails on chalkboard.

Boring and more filler than mystery

The book description sounded pretty good. An explosion at a local high school causes a death of a teacher. But this book is more about rehashing the last book. And does everyone in this series have to be so nice and agreeable? Even the character descriptions are off putting. Mary is often referred to as a fragile warrior and Bradley is a flawed knight.

Mary is dealing with a very nasty case of PTSD, Bradley is dealing with his wife's death, Rosie and her beau are engaged, and on top of that Mary agrees to watch her neighbors kids for a few days or weeks. For the first 100 pages we go back and forth between PTSD, the kids, wedding plans, and Ian pining for his financee.

By the time the mystery starts it's a bit dull. No life or death moments, just a simple laying out of the facts.

I have now read or listened to six books in this series. Not sure I'll go on to number 7.

So far her books haven't disappointed me. A great read so far I have loved every one of them.

Thank you Terri Reid for sharing your gift!

I'm really enjoying escaping into the world of Mary O'Reilly! Thank you Terry Reid for giving me the opportunity!

Read on before 1st,

This book would be best understood if you read the book before it in this series. Usually it doesn’t make a difference and most books stand on their own. This one just sort of continues the last book where it left off. It does also have it’s own story also but does continue last one. This was very well written as all books in this series have been. On to the next one in this series. This series is one of my favorites.

What a great story. Won't spoil anything.Not too much guessing. Read this great story. And I am going o to the next one.

I can't stop listening! Stories always interesting and the characters keep developing. Freeport, though, sure seems to have a lot of murders!