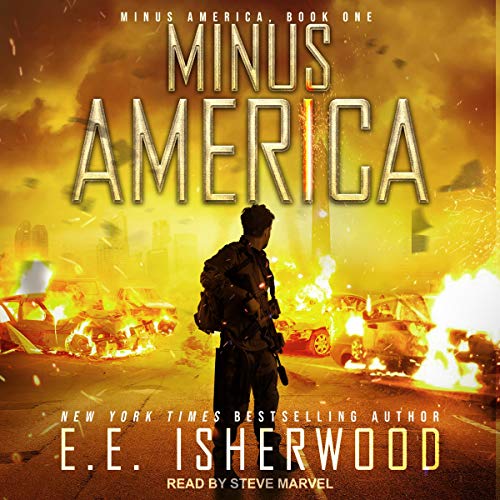 The attack only takes a few minutes to sweep from coast to coast. When it ends, nearly everyone on mainland USA is gone.

Every policeman. Every housewife. Every trucker. Everyone. A continent free for the taking....

Ted MacInnis is a backup pilot on Air Force Two, over the Atlantic, when it happens. A warrior by nature, he can do little but listen as the radio signals from his homeland fade away and die.

However, one last call with his niece convinces him the attack left some behind. She might have survived, and he makes it his mission to find out. Unfortunately, his first priority is protecting his VIP passenger: Vice President Emily Williams. The woman who might already be the leader of America's survivors.

For some, the counterattack will be violently executed with firepower. For others, surviving in empty cities without adult supervision will be challenging enough. Ted, and warriors like him, will soon be part of the most desperate fight America has ever seen. This is DAY ONE.

What listeners say about Minus America

Great reading unusual story. Hard to imagine people just disappearing leaving only their clothes behind. Seems like if something can make human life just disappear that there wouldn’t be any animals or any organic life left. If it didn’t take animals where are all the left behind pets and stray soda and cats. Should be more than one pet (dog) left abandoned. Maybe explanation will come later in the series. All in all were entertaining.

Based on aliens invading and diminishing the population. Writing is alright but didn’t keep me glued to listening. MC is with Vice President and she doesn’t sound like someone I’d want leading.