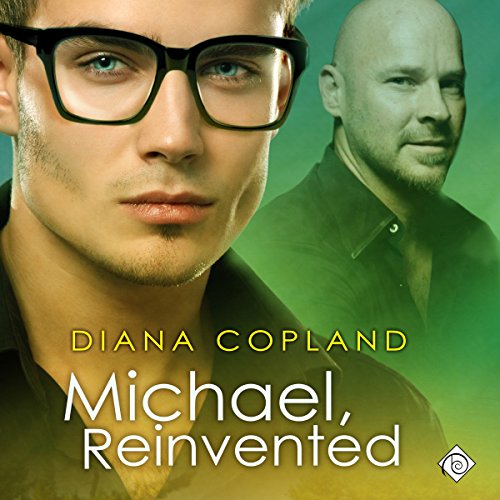 By: Diana Copland
Narrated by: Michael Pauley
Try for £0.00

Cute hipster and interior designer Michael doesn't do love - not after his ex screwed him over. Sex is a different story, though, and the gentle giant who's painting the mural in the old mansion they're restoring might be perfect hookup material. Gil is just Michael's type with his solid muscle, wicked sense of humor, and the hazel eyes that seem to see into Michael's soul.

Trouble is, Gil does do love. He wants romance and forever, and he's set his sights firmly on Michael. Michael's not going there again.

Yet when Michael is the victim of a vandal who's been plaguing the men working for Delta Restoration, Renovation, and Design, Gil is the first person he tells. No matter how he fights it, it's becoming harder and harder to deny he's crazy about the guy - even if that thought terrifies him. But the true fear sets in when the criminal behavior escalates, and Michael realizes he might have lost the chance to tell Gil how he feels - forever.

What listeners say about Michael, Reinvented

What did you love best about Michael, Reinvented?

Everything. I loved Both Michael and Gil. I liked seeing recurring characters. The plot is interesting. There is a touch of Mystery and of course some of man-sex

What was one of the most memorable moments of Michael, Reinvented?

There are so many its hard to pick one.

Again hard to pick one. I guess I will go with the hospital scene.

The Incident that was the turning point making Michael quit holding back his feelings. ( get tissues)

I love this series. Each book gets better and better. I fell in love with Michael in David, Renewed. In Michael, Reinvented we learn even more about him and why he stays so closed off. Diana Copland writes such deep, intriguing characters and page-turning books. I am not one that rereads a lot but This is definitely on my will read over and over list.

Gil has a definite type in men and Michael fits the bill. Being feisty and playing hard to get makes it all the more challenging and intriguing for him.
Michael has been hurt in the past and has trust issues. he doesn't let anyone close except his best friend David.
I loved the back and forth exchange between the two. We also get more of the other characters from David, Reinvented. There is a slight ongoing storyline as well, but I think the story stands alone just fine.
There is a very intriguing turning point that I suggest you grab some tissues.
If you like construction workers, painters, artists, interior designers, broken men and some hot romance this is for you.

Michael Pauley makes a great book even greater with his narration.

I loved this second book as much as I love the first one in the series. Read the books in the appropriate order! Whether you read the book or listen to it, you definitely should! And of course Michael does a terrific job with the narration.

Overall I rate this a 3.5. Part of it was the narration that seemed to be uneven in timing and at regular speed seemed a bit to slow.

This story doesn't seem to be as much a romance between Michael and Gil as them sort of getting together around everything else that is happening around them. There is so much about the criminal activity. Also, we spend a lot of time in Jackson and David's life as well. I got frustrated with Michael who spends half the book acting like he doesn't care then he finally admits he has feeling to man he thinks can't hear him. Then when he realizes Gil knows how he feels he seems to spend the rest of the book trying to but distance back in the relationship. I really hope for the best for these too.

Love the chemistry! The pets are funny, and story keeps you on your toes. Great!

I enjoyed this story and the narration. The only reason I couldn't give it 5 stars was getting subdural and subdermal confused. Medical errors are a pet peeve of mine.
Other than that, it was great. Michael and Gil are both easy to like. I like that we still got a good amount of the ongoing story between David and Jackson.
I will definitely get the next in the series.

I loved this book. I do feel like there was some unanswered questions, but all in all it was a great read.

it was a good romance and interesting story,but???

the book ends ridiculously.
Too many gaps and no clarification on it . looks like was strategically end to continue it in a new book, commercially profits. I do not recommend it bc it's makes me feel like there wasn't end. horrible feeling

I enjoyed the story and good technical elements made it sound even better. It's part of my library. Can't wait to read the last installment.

I loved so much about this story and Michael Pauley does a great job bringing the characters to life and performing the dialogue so well with distinctive character voices, and great pacing and timing.

I loved getting to see all the guys back together and that Gil finally gets his man. Even though the story is a single POV through Michael's eyes, I thought Gil was well-represented.

Side note: The scene with The Velveteen Rabbit got me to tear up. Seriously Michael Pauley...you performed that scene so well!

The plot with the vandal, who is rapidly escalating, was nail-bitingly good. I was on pins and needles and Pauley makes such to add the suspense to his tone in a way that made a pivotal scene particularly exhilarating. It will be interesting to see how this will all play out in any future stories.

Everything from the pacing to the plot was thoroughly enjoyable. I loved the ending and really, really hope Diana Copland will continue the series.

I loved Pauley's performance and I was really happy he returned to do the narration for Michael, Reinvented. I've listened to the David, Renewed audiobook multiple times and I know I'll listen to this one again too.