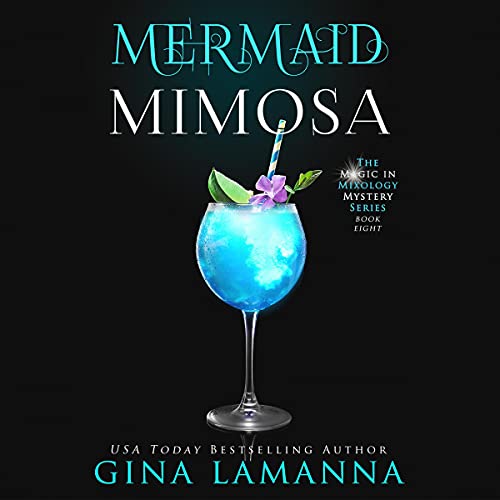 By: Gina LaManna
Narrated by: Wendy Tremont King
Try for £0.00

When the king of the mermaids is poisoned, Lily is called to help with a problem she’s never faced before - one beneath the surface of the water. As she sets about creating a potion to save his life, however, she realizes this is only one part of a much much larger problem. One morning, Lily receives a letter from an anonymous source stating that The Faction is planning to launch an attack against The Isle. Can Lily stop her father and The Faction before it’s too late?

What listeners say about Mermaid Mimosa

I wish this series never ended

Gina LaManna, once again has written an amazing installment in her Magic & Mixology Mystery series. I would like to see this series continue for a long time to come, but sometimes it pays to end a series on a high note rather than letting it become stale. Wendy Tremont King, as always, gave a stellar performance as she brought the story together and to life. I highly recommend this book/audiobook to fans of paranormal mysteries.

I have listened to all 8 books in the Mixology series and enjoyed all of it; wishing there were more.

She kept me captivated all through this series. Definitely a great job on telling stories.

Great final book in the series. Loved it there was a strong female lead. Personally I wish there was a little bit more information in the epilog about the future baby and she/he becoming the Master of Magic.