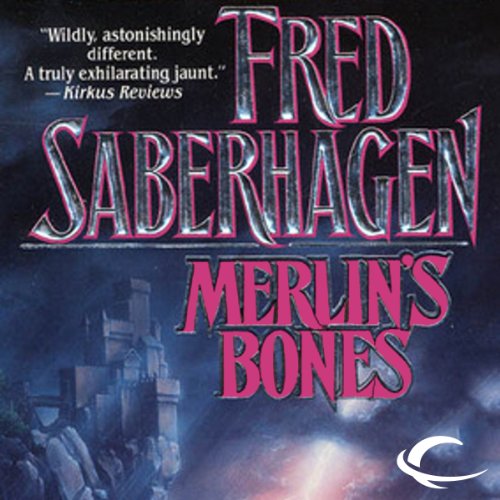 In post-Arthurian England, 10-year old Amby and the troupe of traveling players he belongs to are on the run from a conqueror. He has been gifted with second-sight, and when the troupe stumbles upon an unoccupied castle he is the only one in the group who senses the power that lies within the stone building. In the near future, the Fisher King, Mordred and Morgan le Fay seek to gain control of Dr. Elaine Brusen’s hypostater, a machine capable of altering fundamental reality.

Both Amby and Elaine are unwittingly drawn into a power struggle that spans centuries and spills into the realm of fairy and beyond. Saberhagen reworks Arthurian legend and puts Arthur’s survival, the succession of New Camelot, and Merlin’s bones on the line with an exciting blend of romance, danger and adventure.

berzerker of the past

yes,,, as a fantasy it takes you away and then at the last min brings you back home

when berserker first showed his berserkness

would like to but it is much too long

I read the paperback about 10 years ago and could not put it down..

What would have made Merlin's Bones better?

Put the right hours and mins.

What was one of the most memorable moments of Merlin's Bones?

When I down loaded it and found out it is onlly 6hrs?