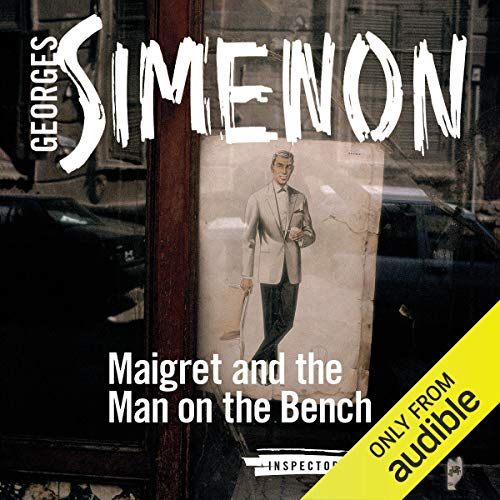 Maigret and the Man on the Bench

Maigret and the Man on the Bench

Inspector Maigret must untangle the web of lies left behind by a murdered man whose family didn't know him as well as they thought.

When a man is found stabbed to death in an alley off Boulevard Saint-Martin, his identity card shows a workplace that had gone out of business three years earlier. As far as his wife knew, he still worked there, and she insists that the shoes and a tie he was wearing when he was killed 'couldn't be his'. It soon becomes evident that although he had a source of income, he spent most of his time sitting on a bench in the neighbourhood, often with the same unknown man. Can Maigret find him?

We follow Maigret on the trail of the killer of the unfortunate Monsieur Louis. The characters are well drawn and stick in the memory and you'll be guessing until the very end who out of a cast of familial members and Paris low life committed the killing. The denouement is perhaps a little sudden and out of the blue but you'll think on reflection, yes there were clues. Excellently read and character voiced by the narrator.

Such an amazing author

i love every single one of the Maigret books. The narrator is a perfect choice.