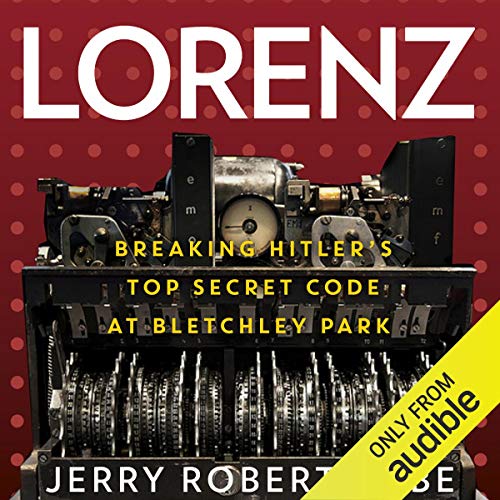 By: Jerry Roberts
Narrated by: Neil Gardner
Try for £0.00

The breaking of the Enigma machine is one of the most heroic stories of the Second World War and highlights the crucial work of the codebreakers of Bletchley Park, which prevented Britain's certain defeat in 1941. But there was another German cipher machine, used by Hitler himself to convey messages to his top generals in the field. A machine more complex and secure than Enigma. A machine that could never be broken.

For 60 years no one knew about Lorenz or 'Tunny', or the determined group of men who finally broke the code and thus changed the course of the war. Many of them went to their deaths without anyone knowing of their achievements. Here, for the first time, senior codebreaker Captain Jerry Roberts tells the complete story of this extraordinary feat of intellect and of his struggle to get his wartime colleagues the recognition they deserve.

The work carried out at Bletchley Park during the war to partially automate the process of breaking Lorenz, which had previously been done entirely by hand, was groundbreaking and is recognised as having kick-started the modern computer age.

What listeners say about Lorenz

Oh dear, this doesn’t work unless you want it for insomnia.

What could have been a thrilling book about code breaking at Bletchley reduced to a list of names and facts and figures.
So boring I didn’t complete it. Very hard to stay awake, and the reader doesn’t really help to be honest. Not a very engaging voice, I imagined him in a shirt, tie, horn rimmed specs and a tweed jacket with leather elbow patches, a geography teacher moonlighting.

This should have been handed over to a proper writer who could have filled it out with a bit of human life and perhaps given an insight into human life at Bletchley. Dull, dull ,dull.
Waste of a credit.

Such an interesting and fascinating subject reduced to the maudlin ramblings of a man reminiscing. What could have been an incredible book, particularly given the facts surrounding the Lorenz machine is simply a drawn out bore. A chapter is even devoted to his third marriage, which has no relevance to Bletchley, the Lorenz machine or indeed, anything at all. Such a shame and a wasted life....mine! Or at least several hours of it......

Important Story but the last third of the book was unnecessary

Authors role in history is an important and inspiring story - but the reader doesn’t want to hear the story of a market researcher in the post war years. The editors should have kept the author focused on his purpose and not allowed so much of the text to ramble and engage in such repetition of his desire to see more recognition of those who worked at Bletchley Park - and the Lorenz

Boring, repeats the same stuff numerous times
Like to list names of the same people again and again