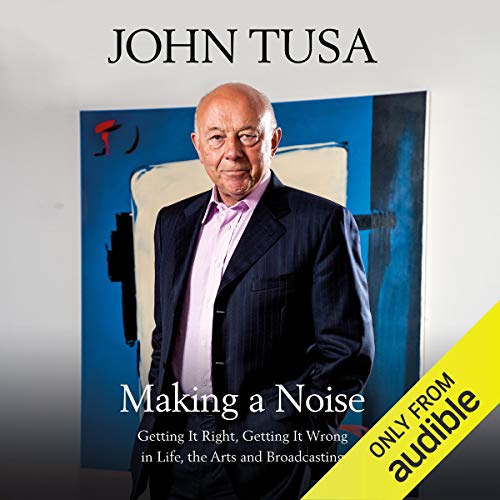 In almost 60 years of professional life, John Tusa has fought for and sometimes against the major arts and political institutions in the country. A distinguished journalist, broadcaster and leader of arts organisations, he has stood up publicly for the independence of the BBC, the need for public funding of the arts and for the integrity of universities. He has made enemies in the process. From the battles to create the groundbreaking Newsnight in 1979 to six years of defending the BBC World Service from political interference, Tusa's account is etched with candour. His account of two years of internecine warfare at the top of the BBC under the Chairman, 'Dukey' Hussey, will go down as a major contribution to BBC history.

His recollections of a hilarious and petty-minded few months as head of a Cambridge college will be heard as a case study of the absurdities of academic life; while running the rejected and maligned Barbican Centre, Tusa led its recovery into the major cultural centre that it is today. Often based on personal diaries, Making a Noise is a fearless and entertaining memoir of life at the top of the arts and broadcasting.

What listeners say about Making a Noise

Mostly getting it right, I'd say.

Coming across John Tusa's educated tones in my rural Scottish teens, I mistook him for a patrician. Nothing could be further from the truth. The story of his arrival here in UK from the then Czechoslovakia and career from there on is truly fascinating. I remember him in Newsnight's formative years, coinciding with lasting events (Iranian revolution, Thatcher's victory in UK, Scotland's first declining of Independence).
Already a fan of narrator Sean Barrett's al dente gravitas, I'd say he is the right man for this job. He puts across the character of a serious person, not easily swayed (see also 'What Fresh Lunacy is This?' - the biography of Oliver Reed).
Prompted by this listen I also bought Tusa's 'On Creativity' and am impressed, though not surprised, at how conversant he is across the artistic spectrum.