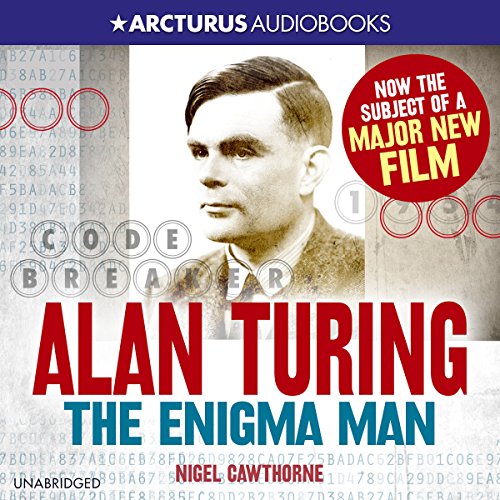 By: Nigel Cawthorne
Narrated by: Jot Davies
Try for £0.00

According to Winston Churchill, Alan Turing made the single biggest contribution to the Allied victory over Nazi Germany with his code-breaking machine. The world is also indebted to Turing's genius for the modern computer. It was clear that Turing had a remarkable mind from an early age. He taught himself to read in just three weeks. At his first school, the headmistress said, "I have had clever and hardworking boys, but Alan has genius." In 1954, he was found dead, poisoned by an apple laced with cyanide. This is the story of his life.

What listeners say about Alan Turing

We Have All Bern Misfits

In awe of Alan Turing on reading this book; Glenn Beck got the Apple wrong.