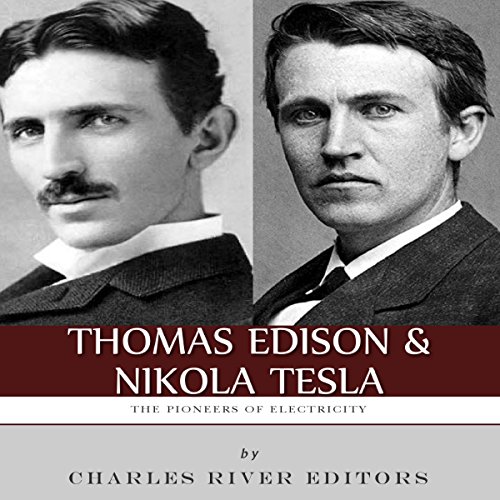 Thomas Edison and Nikola Tesla: The Pioneers of Electricity

Thomas Edison holds a unique legacy in the United States, but there's no denying that his inventions have benefited the world as a whole. Known as "The Wizard of Menlo Park", every American knows that their nation's most prolific inventor harnessed the power of electricity to create the first light bulb. But that was just one of over 1,000 patents Edison would establish during his life, as he not only dreamed up new devices but also revolutionized the way materials were mass produced. His life's work heavily influenced everything from electric power, batteries and lighting to cement, telegraphy and mining.

While Edison's inventions are important, what he represented was also critical to the nation as a whole. Edison represented the American Dream, specifically the notion that hard work can accomplish anything, and he always understood that himself, once exhorting the nation, "Be courageous! Whatever setbacks America has encountered, it has always emerged as a stronger and more prosperous nation." As one Edison biographer put it, "Thomas Edison was more responsible than any one else for creating the modern world...No one did more to shape the physical/cultural makeup of present day civilization..."

What listeners say about Thomas Edison and Nikola Tesla: The Pioneers of Electricity

Complete story about both men. Gives a view of the world in late 19th century.