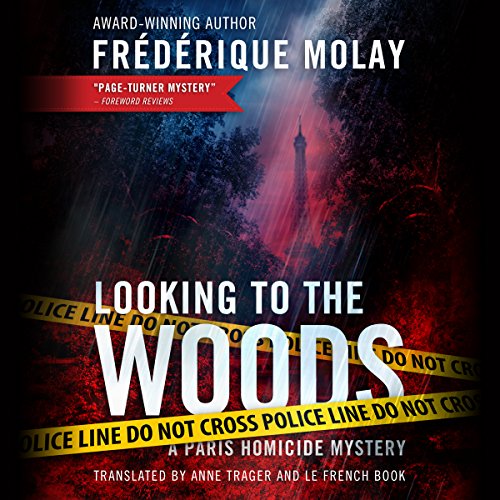 Looking to the Woods

Looking to the Woods

When a ten-year-old girl's mutilated body is found in a public park in Paris, chief of police Nico Sirsky takes action. But his elite team of homicide detectives isn't on the case for even twenty-four hours before a second child is found murdered and left to rot inside a middle-school classroom. With the City of Light on edge awaiting another gruesome discovery, the clock starts ticking for Sirsky to catch the elusive killer who calls himself the gamemaster.

As the pressure mounts, Sirsky is also confronted with a conundrum in his personal life: his girlfriend is inexplicably pulling away from him. But he must once again put his own problems aside when the investigation turns up nothing but taunts from the killer. It will take an entire team of police psychologists, forensic specialists, and criminal investigators to uncover the truth hidden in a web of murder more tangled than any of them could have imagined.

Bravo to the new voice actor!

The voice actor for this book is different come the one for the first three books on the series. His French pronunciations are a great improvement, as are his voicings of the characters. I was able to lose myself In the story instead of being frustrated with the reading.